Caesars Entertainment Is Welcoming A QAnon Conference To Las… 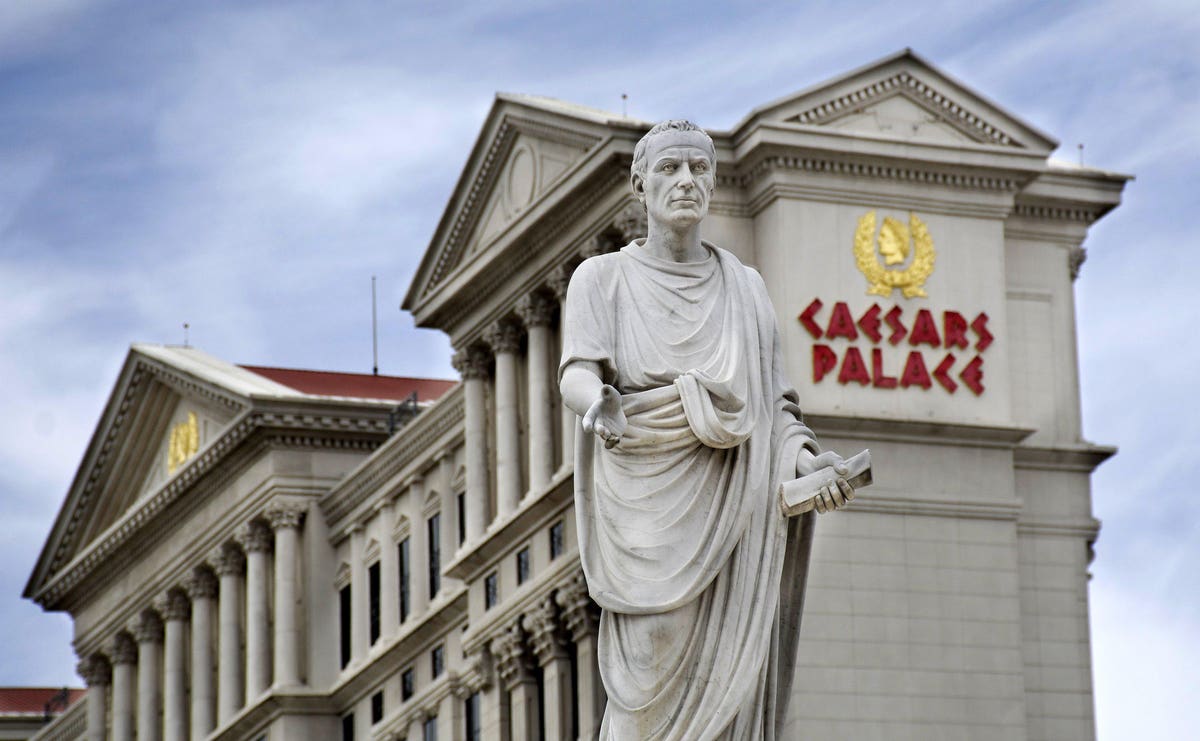 One of Nevada’s largest and most iconic hotel-casino companies is now associated with QAnon, the far-right movement associated with the January 6 insurrection at the U.S. Capitol, and a group that the FBI has for years considered a domestic terrorism threat. High-profile luminaries of the fringe conspiracy faction are appearing at a conference at a convention center owned by Caesars Entertainment in late October.

The Patriot Voice, the QAnon event organizer that previously hosted the “Patriot Roundup” in Dallas over Memorial Day Weekend, is hosting a three-day “Patriot Double Down” event at the Caesars Forum convention space near the Las Vegas Strip, with special rates for attendees at hotels owned by Caesars Entertainment.

“Caesars Entertainment provides event and convention space for a wide range of industries and organizations,” said a company spokesperson via email. “Events taking place in our facilities are not indicative of the company’s views, nor are they an endorsement of any group or organization. We require all of our guests to comply with local laws and mandates, including the current indoor mask mandate.”

On the “Patriot Double Down” event website, a slick promotional video plays on loop, cleverly blending power music befitting a WWE wrestler’s entrance theme with Las Vegas and QAnon symbols: a pair of dice emblazoned with the words “God wins;” a playing card featuring the QAnon rallying cry, “Where we go one, we go all;” a poker chip with the skull logo from “The Punisher” comic book character, which QAnon uses as a recruitment tool; and a brief shot of Caesars Palace hotel with the brand’s iconic logo — a profile of the Roman general framed by palm fronds — replaced with a golden “Q.”

The “patriot” theme is hammered hard in the website copy: “Join us for another weekend where you will hear from your favorite Patriots and Digital Soldiers, enjoy top-notch entertainment, and experience pure patriotism!” The registration page urges the QAnon crowd to “Join your Patriot family for three days of incredible speakers, awesome entertainment, amazing food (ALL MEALS INCLUDED IN PRICE!!), and pure patriotism!”

Mind you, attendance is not cheap. The general admission all-weekend pass costs $650, while the VIP weekend pass — which includes a “VIP swag bag with great surprises!” as well as entry to a meet-and-greet party with the speakers — runs a cool $1,300. And that’s before shelling out for a hotel. Attendees are encouraged to book special rates at one of three hotels — Harrah’s Las Vegas, the Flamingo and the LINQ — all of which are operated by Caesars Entertainment. “Two of the host hotels are connected via skybridge to The Forum so no busses (YAY!!!), and no weather elements to deal with,” says the event’s registration page.

The keynote speaker at the “Patriot Double Down” is QAnon celebrity Michael T. Flynn, President Trump’s disgraced national security advisor, who pleaded guilty to lying to the FBI about contacts with the Russian ambassador but was subsequently pardoned by the former president. The second keynote speaker is a mystery denoted on the website by a dark silhouette placeholder and big question mark, but if this event follows in the organizer’s Dallas conference footsteps, attendees could see Sidney Powell, the former president’s attorney, who is currently fighting a $1.3 billion defamation lawsuit for spreading “the Big Lie” there was widespread election fraud in the November 2020 election.

The list of other guest speakers includes Jim Watkins, who owns the QAnon conspiracy forum 8Kun; David Harris, Jr., a frequent conspiracy-touting guest on Fox and Friends, NewsMax and OAN; and Jason Sullivan, who was the social media advisor to Roger Stone, the Trump surrogate who was convicted of lying to Congress and witness tampering in the Mueller probe before the former president saved him from doing jail time.

A study published in May by the Public Religion Research Institute (PRRI) found that 23% of Republicans, and 15% of all Americans, say they agree with the baseless QAnon allegation that “the government, media and financial worlds in the U.S. are controlled by a group of Satan-worshipping pedophiles who run a global child sex-trafficking operation.”