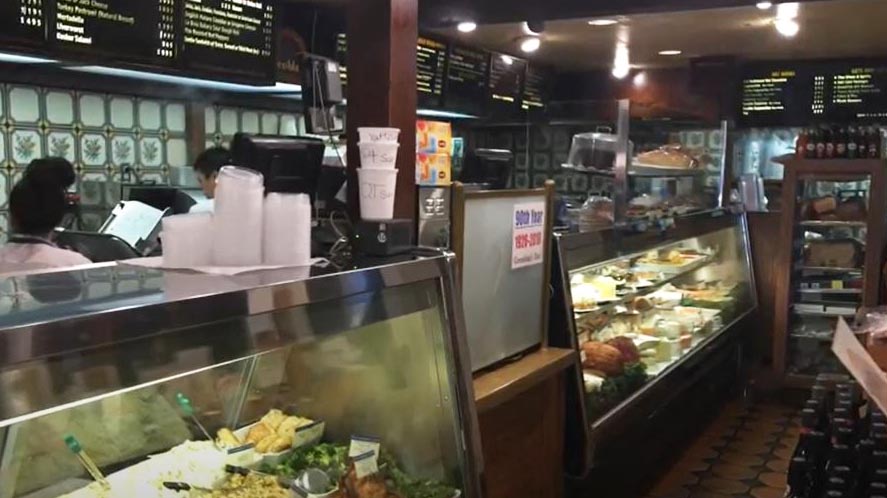 Greenblatt’s Deli-Restaurant and Fine Wine Shop, which served up chicken matzo ball soup and sold fine wines on Sunset Boulevard for 95 years, closed its doors Wednesday. The sudden closure came as a surprise to generations of diners who loved the institution’s hearty food, long hours and proximity to the Laugh Factory.

The deli was opened by Herman Greenblatt in 1926 and purchased by the Kavin family, which still owns it, in the 1940s. Its customers included Groucho Marx, Marilyn Monroe, Janis Joplin, Kirk Douglas, Marlon Brando and F. Scott Fitzgerald, who was said to have spent his last dollar on a chocolate bar at the deli before dying in 1940.

Entertainment publicist Marina Bailey, who lived nearby for 20 years, rushed over for lunch when she heard it was closing. “The pastrami on rye is the best,” she said, although she also recommended the tuna melt and egg salad sandwiches.

Bailey said the restaurant started filling up as word got out that it was the last chance for the famous pastrami.

Henry Winkler tweeted on Wednesday, “When I first arrived in Los Angeles I lived right up the street .. got a tuna on rye everyday … THANK YOU Greenblatt’s  Deli.”

Variety’s Army Archerd noted in a 1972 article about the industry’s drinking habits that as Hollywood’s taste turned from spirits to fine wines, Dean Martin was buying $100 bottles of Chateau Margaux at Greenblatt’s, one of the few stores in L.A. selling quality bottles at the time.

A year and a half into the pandemic, which devastated the restaurant business and made employees difficult to find, owner Jeff Kavin is looking to sell the restaurant, a Greenblatt’s employee told Eater Los Angeles. His father Roy Kavin, the second generation of the family to run the restaurant, died in 2020.

On social media, patrons expressed their hopes that a well-heeled entrepreneur such as Irving Azoff, who took over two other historic L.A. institutions, the Apple Pan and Nate ‘n Al delicatessen, would step in to save the restaurant.