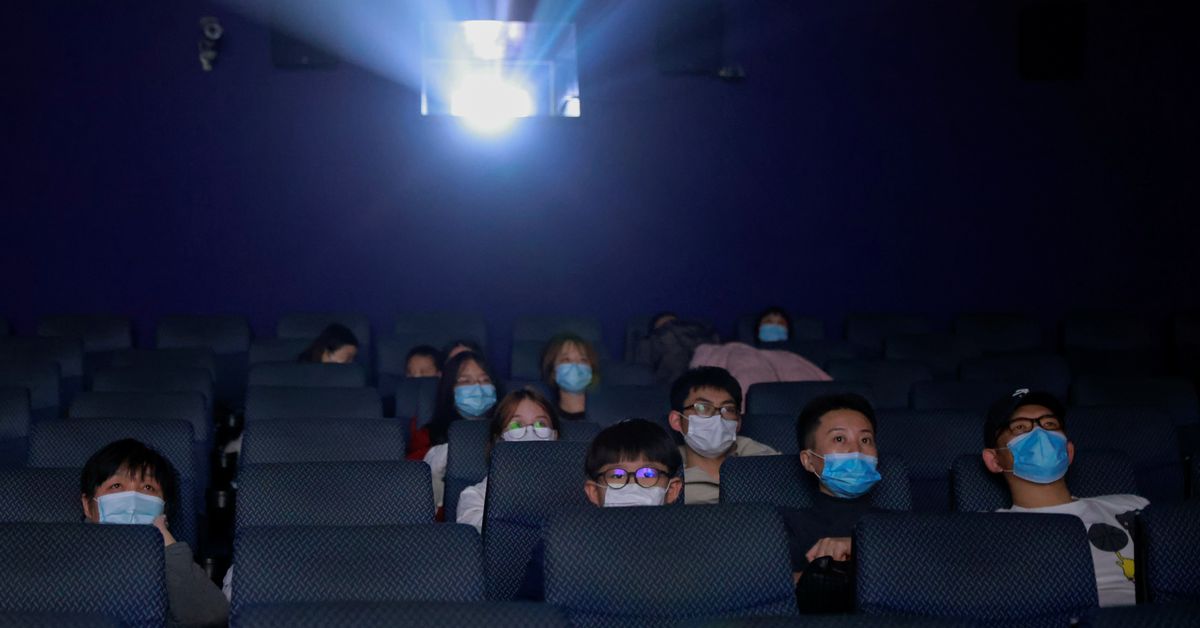 People watch the Chinese documentary “Days and Nights in Wuhan” following the outbreak of the coronavirus disease (COVID-19) at a cinema in Beijing, China, January 22, 2021. REUTERS/Thomas Peter

Hollywood has spent decades wooing the Chinese market with mixed success. Lucrative franchises such as the “Fast & Furious” and the “Marvel Cinematic Universe”, hugely popular in the country, have been meticulously tailored and sanitised to appease both local audiences and censors. Despite that, bureaucrats in Beijing have yet to roll out the red carpet. The annual quota for imported films has remained stubbornly stuck at 34 for nearly a decade, while box office takings for foreign studios are capped at 25%. In video streaming, strict media and foreign investment rules have effectively shut out Netflix (NFLX.O) and peers.

Thanks to a relatively quick pandemic recovery, the Chinese box office looks appealing as ever. Ticket sales surpassed the virus-stricken United States last year; over the week-long February New Year holiday, they set a new record of $1.2 billion, according to online movie ticketing service Maoyan Entertainment (1896.HK). But that hasn’t trickled into Hollywood. Summer blockbusters including the superhero hit starring Scarlett Johansson, as well as “Jungle Cruise” and “Space Jam: A New Legacy” have yet to be released in China.

The holdup comes amid a renewed censorship campaign that has targeted everything from video games to karaoke songs to online videos. President Xi Jinping also wants to reduce foreign cultural influence in China: authorities have restricted foreigners from live-streaming on video apps, cut cooperation with educational institutions abroad, and prevented Chinese students from studying with overseas tutors via online services. Recently, officials in Beijing barred foreign textbooks in primary and junior high schools. In a prescient move, Disney quietly shut down its highly popular English-language centres last year, blaming the pandemic and the shift to online classes, according to local media.

Local film-makers are exploiting the situation. Even before Hollywood studios were disrupted by shutdowns, eight out of the 10 highest grossing movies in China in 2019 were domestic, according to Box Office Mojo. It may not be long before Hollywood finds itself written out of its own China romance.

– Chinese movie-ticketing service Maoyan Entertainment on Aug. 19 reported revenue of 1.8 billion yuan ($277 million) in the six months to June, an increase of 786% from a year earlier. Net profit for the period was 387 million yuan, compared with a net loss of 430 million yuan in the first half of 2020.

– The company said as of end June, the Chinese box office totalled 27.6 billion yuan this year, compared to 31.2 billion yuan in the first half of 2019.

– Chinese movie “Hi, Mom” has grossed over $822 million in ticket sales as of Aug. 23, according to Box Office Mojo, making it the world’s top grossing film this year. Disney’s “Black Widow”, which has yet to be released in China, has grossed $370 million so far, with roughly half from overseas markets.

Reuters Breakingviews is the world’s leading source of agenda-setting financial insight. As the Reuters brand for financial commentary, we dissect the big business and economic stories as they break around the world every day. A global team of about 30 correspondents in New York, London, Hong Kong and other major cities provides expert analysis in real time.