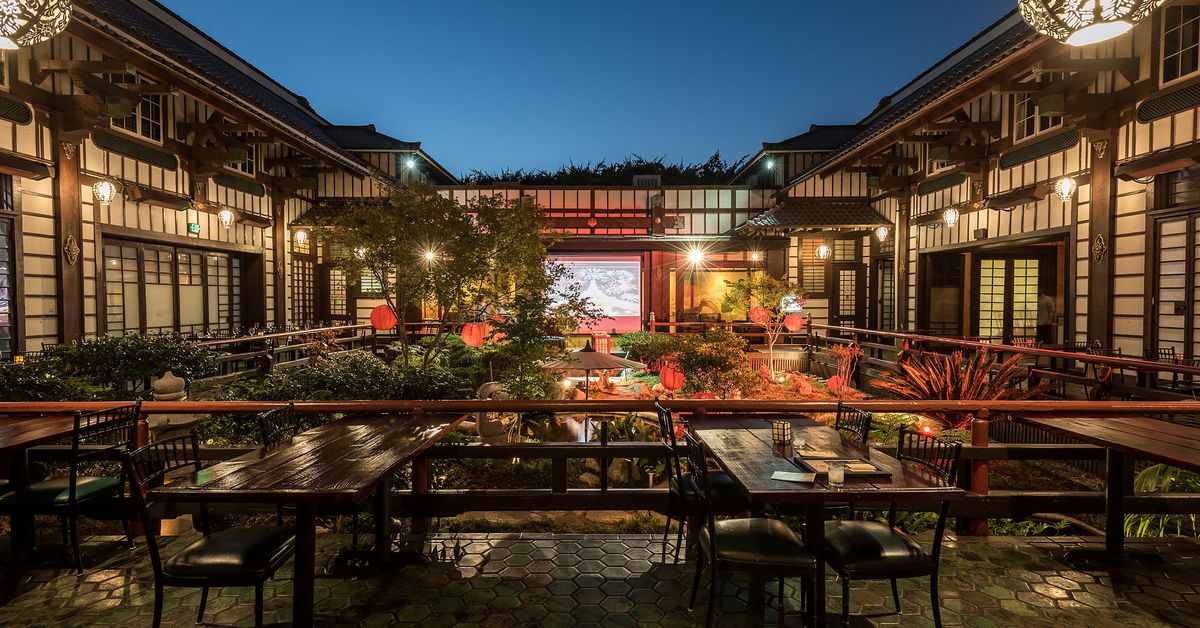 For those unfamiliar, the new West Harbor is a multi-million-dollar replacement of the aging Ports O’ Call Village, a faux East Coast seaside village built in the 1960s in Los Angeles County’s sprawling harbordside area near Long Beach. While once popular, the attraction had been worn down over the years, leading to the $150 million makeover — though not everyone has been happy with the transition so far. Some older businesses have been evicted from their spaces to make room for new tenants, while others have been made to move nearby.

The incoming Yamashiro will actually take over for the closing San Pedro Fish Market, one of America’s highest-grossing restaurants at roughly $30 million per year. The 65-year-old Fish Market is relocating to a larger site further down the waterfront.

While the new Yamashiro will certainly carry some of the Hollywood site’s design elements and menu items, don’t expect a full do-over at the secondary site in San Pedro. The original building, built over three years beginning in 1911 as a sprawling private home that looks out over Hollywood, is simply too old, historic, and kitschy to fully replicate. Instead, the Yamashiro brand will update slightly while still offering nods to the original; reps for the restaurant tell the Times that they also plan to expand Yamashiro to Miami and the Middle East eventually. More recently, the Hollywood Yamashiro has been open on and off over the past 16 months, even bringing in popular breakfast restaurant the Griddle to use the kitchen and patio space during the pandemic.

As for timing, don’t expect much from this Yamashiro development until 2023 at the earliest; some tenants are still being gathered and construction remains underway.