In ‘Stillwater,’ Is Hollywood Doing Fine With Oklahoma? – The New York Times

In ‘Stillwater,’ Is Hollywood Doing Fine With Oklahoma? –… 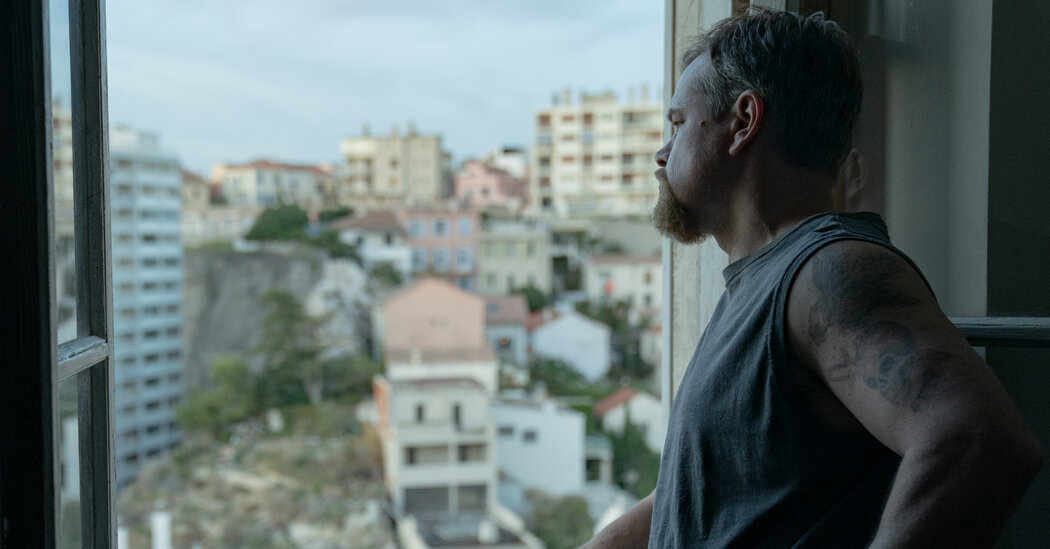 There’s a moment early in the new Matt Damon drama “Stillwater” that made me both proud and a little disappointed.

Damon’s character, Bill, is an unemployed Oklahoma oil-rig worker interviewing for a new job when he mentions my little-known hometown, Shawnee. Exciting! But then he mispronounces it.

It’s a subtle difference that perhaps only an Oklahoman would take issue with. He puts the emphasis on the first syllable (SHAW-nee), but we put the emphasis on both syllables. It’s a whole thing how various towns in the state are pronounced in ways you might not expect: Miami, Okla., sounds like the Florida city until you get to the last syllable, which isn’t “mee” but “muh.” The town of Prague rhymes with Craig.

My feelings are assuredly mixed about my Oklahoma roots. Growing up there, I was deeply involved but not always invested, knowing even then that it wasn’t going to be the right place for my future. The state has plenty of space (maybe too much) and it was certainly easy to make friends. But I wanted more beyond its plains. Creative career options, like movie journalism gigs, were limited to say the least. I moved away a year after graduating from college and haven’t lived there since, although most of my family still does. Nonetheless, there’s something about Oklahoma I can’t shake, and I do get a little protective of it when it comes up in movies.

Probably your first cultural experience with the state was the Rodgers and Hammerstein musical that bears its name. Oklahomans breathe that show, and the 1955 film version, as easily as air. For many theater kids there, performing in a production of it is a rite of passage. I was in two, one in junior high, another in high school. The tendency for Oklahomans to stage “Oklahoma!” comes up in the 2020 Charlie Kaufman drama “I’m Thinking of Ending Things,” which is set in Oklahoma but explores the location and the musical more as a state of mind, rather than as an actual state.

Even though “Oklahoma!” extols the wonderful smells of “waving wheat” and the joys of hawk-watching, a closer read of those lyrics might leave you with the perception of a place where there’s not much to do. Hollywood probably sensed this as well.

When I started watching movies regularly as a kid, few took place in Oklahoma. Tulsa was home to the characters in “The Outsiders” (1983), which ran a lot on cable. Though the location itself was eclipsed by the cast (Tom Cruise, Patrick Swayze, Matt Dillon) in a stream of career-launching performances. And there’s a scene from the 1988 comedy “Dirty Rotten Scoundrels” that stands out in my memory: Steve Martin, playing a con man pretending to be mentally impaired, shouts the name of the state passionately and repeatedly while banging a pot. Even if it was a ruse, it was the most enthusiasm I’d ever heard drummed up for Oklahoma. Later came the 1996 blockbuster “Twister,” about tornado chasers, which really couldn’t be set in too many other places. And yet, the state was still overshadowed by the digital tornado effects (and those cows).

More recent productions have focused on shameful episodes in history. The HBO limited series “Watchmen” made the 1921 Tulsa Race Massacre a central, sobering presence. And Martin Scorsese’s forthcoming movie, “Killers of the Flower Moon,” also set in the 1920s, looks at the murders of members of the Osage Nation just as the oil boom was increasing their wealth.

“Stillwater” gets its name from the north-central home to Oklahoma State University and the popular restaurant Eskimo Joe’s. The title has a nice double meaning for a contemplative thriller (still waters running deep and all). While the movie spends much of its time in Marseille, France, where Bill tries to figure out how to get his daughter out of prison, the moments in Oklahoma capture a kind of working-class, no-frills milieu with an accurate familiarity. And, town pronunciations aside, Damon does a good job with an Oklahoma accent, much more so than, say, Benedict Cumberbatch in “August: Osage County.” Damon most definitely inhabits the kind of guy I’ve known back home. To see him walking around Marseille certainly feels as if Oklahoma has come to the southern coast of France.

I sense that “Stillwater” is using Oklahoma as a stand-in for Middle America. It would have been nice if the film spent a bit more time in its namesake to characterize it beyond a basic heartland locale, but it does paint Bill with a complexity that belies assumptions that particular characters make about him.

I am holding out hope that Oklahoma will get more chances to shine on the big screen. Perhaps someone will again approach the state in the same spirit as Rodgers and Hammerstein and figure out how to feature it, warts and all, in a way that is genuine and captures some sense of its simple but earnest, character. Who knows, maybe even Shawnee will finally get its close-up.