Industry experts say Hollywood still has a long way to go in breaking down age barriers, both in employment and creative content. Writer-producer Catherine Clinch joked in a new WrapPRO roundtable that the “aging audience” is everybody, and all in that category should be grateful because “the alternative kind of sucks.”

Still, despite having plenty of horror stories to tell about age discrimination in Hollywood, a panel of industry players agreed that technology and digital entertainment are breaking down demographic barriers as consumers easily surf content across multiple platforms. Tech also may play an important role in schooling Hollywood not to dismiss the power of the over-50 audience.

On the panel, moderated by TheWrap’s Diane Haithman, Clinch said older audiences have embraced the tech revolution and no longer fit the advertisers’ credo that brand loyalty keeps the 50-plus audience from being a prime demographic to try — read: buy — something new. 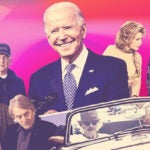 “They say that they have to skew younger because of brand changes, but I’ll change brands in a heartbeat,” said Clinch, who serves as chair of the Writers Guild of America West’s Career Longevity Committee. “I went from PC to Mac when I was 60 … I think that the perception of the audience, and their rigidity as perceived, is skewing things in a tragic direction.”

Iris Grossman, a talent manager at Echo Lake Entertainment who also serves as president of GreenLightWomen, an alliance of creative and business professionals over 40 — points out that not only are people in their 40s, 50s, and 60-plus as tech-savvy as Gen Z, they also often control the dollars advertisers seek when they show glamorous young people living the high life in ads.

“You show me a 20-year-old who’s buying a Mercedes — they’re not, unless Daddy and Mommy are buying it for them,” said Grossman, who proudly said she turns 67 next month. “So that’s bull. And (we) talked about being savvy on streaming: Who do you think pays for my son’s Netflix?”

WME agent CJ Fight, whose work focuses on feature films, said those same older-audience dollars also feed theatrical box office, as well as streaming subscriptions. “I think that we shouldn’t make the mistake that older people can’t be tech-savvy,” said Fight, 33. “My mom’s in her late 60s and she’s got Hulu, Netflix, HBO Max. She has them all, right?”

Fight observed that filmmakers on the festival circuit seem to gravitate toward fare they believe will appeal to people in their 20s and 30s but added, “Some of our biggest successes as an agency have been films that are targeted towards an older demographic.” She cited Paramount’s 2018 Jane Fonda-Diane Keaton ensemble film “Book Club,” which grossed $104.4 million worldwide on a reported $10 million budget.

Entertainment attorney Ghen Naraya Long, whose clients come from a hybrid world of “technotainment,” said Netflix’s powerful (and mysterious) recommendation algorithm, especially when shared by a family, can lead a viewer to content that is far outside what might be considered appropriate to their demographic.

“Having spoken to a lot of writers and represented a lot of writers, they’re always told to write what’s authentic to you. Write as if you were your audience, and I think we encourage that,” said Long, who is 48. “And after we get that audience, that Gen X audience (turning 50), that age demographic that is not represented, you will end up with that representation by championing that age demographic to tell their stories and distribute their stories.”

For more of this conversation, click on the video above. 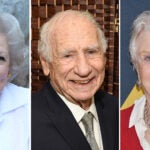