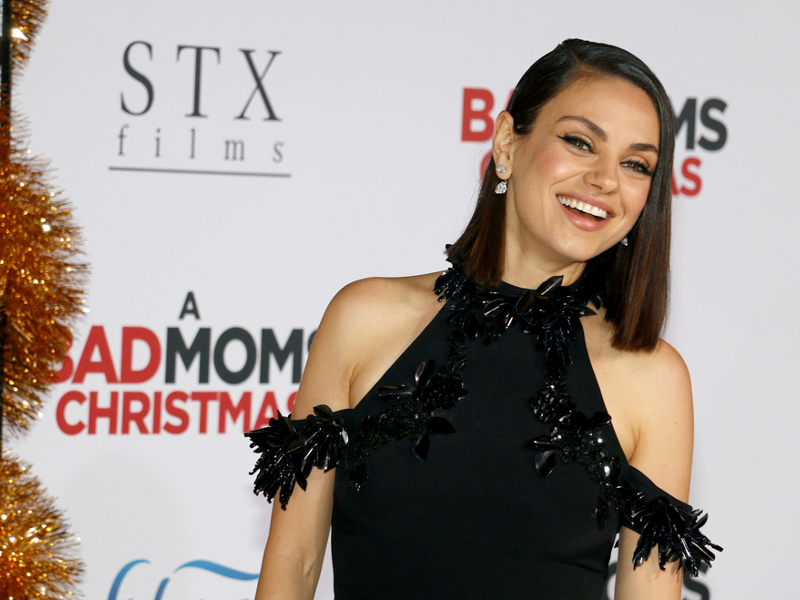 KEVIN SMITH SAYS EVERYONE WAS SICK OF BENNIFER IN 2004: Kevin Smith revealed on TMZ Live Wednesday (Sept. 29th) that fans were so sick of Bennifer after Gili flopped in 2004 that executive producer Harvey Weinstein wanted as many of Jennifer Lopez’s scenes cut from Jersey Girl as possible. The director said that test audiences, even one in New Jersey, had no desire to see the famous couple on screen.

CLARE CRAWLEY WAS ABUSED BY A PRIEST: Clare Crawley revealed in a preview of Thursday’s (Sept. 30th) episode of Red Table Talk: The Estefans that she was abused by a priest while attending Catholic school.  The Bachelor Nation alum said, “I grew up going to a Catholic school and I was the victim of a predator. My parents looked at Catholic priests as — they held them on a pedestal.” Crawley, who grew up in Sacramento, Calif., explains that the priest in question was largely perceived as a “counselor” at her school.

MILA AND ASHTON’S KIDS JUST LEARNED THEY MET ON TV: Mila Kunis and Ashton Kutcher’s kids just recently learn that they met on the set of a TV show.  Kunis said it was particularly hard to explain because her children have never seen That 70’s Show.  She told E! News, “Somebody told them that mommy and daddy met on a show, and so our daughter was like, ‘What does this mean? So we try to explain it to her in the most, like, safe way. I don’t know if it registers, I don’t even know if she cares.”

KEANU REEVES IS A COMIC BOOK AUTHOR: Keanu Reeves has added comic book author to his resume.  Volume 1 of BRZRKR, co-written by Matt Kindt will be available on October 5th.  The John Wick actor described the comic about an immortal warrior to People, saying, “We are looking at violence in the impulse of violence and how it’s used, and how it tries to be controlled. And trying to understand the character that we might not be able to relate to it, being immortal, but we relate to the idea of wanting to be immortal.”

MAYIM BIALIK OPENS UP ABOUT FEUD WITH NEAL PATRICK HARRIS: Mayim Bialik revealed on The Late Late Show that she didn’t speak to Neil Patrick Harris for years after seeing him in the 1997 national tour of Rent.  The Jeopardy! host, who was a teenager at the time, says that Harris saw her in the audience telling her boyfriend that she didn’t want to stand during the curtain call.  The blunder resulted in the two not speaking for “a long time” but she says that he eventually forgave her, adding, “I feel terrible.  It just wasn’t my thing.”