MAD Architects has announced “The Star”, a new landmark that will foster culture, creativity, and inspiration in Los Angeles, California. Nestled in the heart of Hollywood, the Star’s reflective architecture nods the neighborhood’s glamorous characteristics and embeds nature within its structure with natural lighting, greenery, and workplaces that cater to the employees’ mental and physical wellbeing. 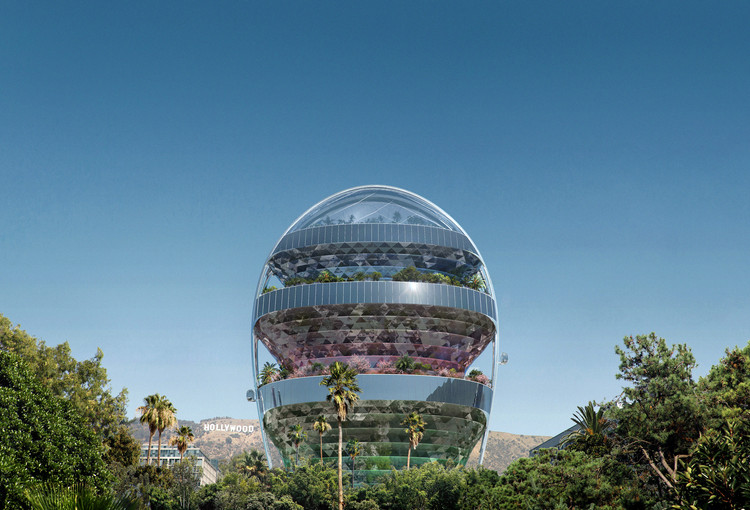 The Star reflects Hollywood’s world of vibrant features and imagination, and promotes a healthier work environment, where nature, light, and open spaces are available to all employees. In this “office of the future”, as labeled by the architecture firm, these “life-enhancing” features are not limited amenities, but rather integral for the work environment. The building’s healthy work environment is further explored through its flexible floorplans which encourage gathering and access to nature alongside office work.

Terraced green spaces will be implemented at street level, providing gathering spaces for the public and employees alike. Topping its 22 floors, the structure’s upper levels gradually narrow, creating an organic form marked by lush greenery that does not impose strongly on the neighborhood’s skyline.

For the 2021 Milan Design Week, MAD Architects installed a large yellow seabird gazing towards in the Cortile d’Onore as a metaphor for life retaking its course in the post-pandemic world. The installation titled “Freedom” is a nod to inclusiveness and borderless, as well as a playful symbol of hope. The architecture firm has also unveiled its design proposal for Hainan Science and Technology Museum Haikou City, Hainan, China. Scheduled to break ground in late August 2021 and to be completed and open by 2024, the Hainan Science and Technology Museum is the firm’s second major public project in Hainan, after the Cloudscape, inaugurated in April 2021.