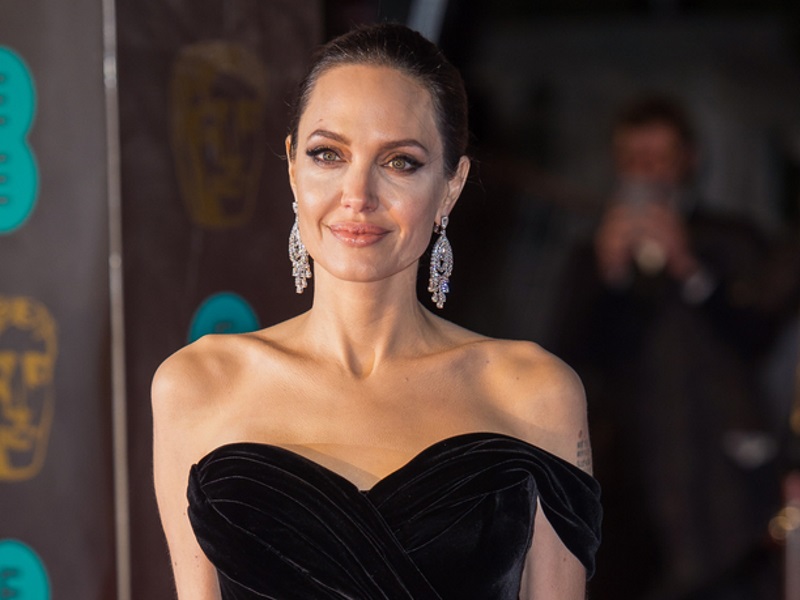 ANGELINA JOLIE BRINGS DAUGHTERS TO MOVIE PREMIER: Angelina Jolie and daughters, Zahara and Shiloh rocked the red carpet at the Eternals premiere in Rome over the weekend. Wearing a strapless silver Versace gown, she held hands with her children while posing for pictures. In the Marvel movie, she plays Thena, an immortal goddess warrior.

CHRIS HARRISON AND LAUREN ZIMA ARE ENGAGED: Former Bachelor host, Chris Harrison is engaged to Entertainment Tonight correspondent, Lauren Zima. He popped the question at Brand Napa Valley in California and posted the photos on Instagram. They have been together since 2018.

JEREMY PIVEN’S HOME BURGLARIZED: Jeremy Piven’s Los Angeles home was broken into and crooks got away with over $20,000 in clothes. TMZ reported that the thieves entered by smashing a window. The Entourage star was not at home at the time.

KIM KARDASHIAN RECOGNIZED BY WSJ MAGAZINE: Kim Kardashian has been recognized for the success of her shapewear and lingerie brand called Skims. She was named Brand Innovator by Wall Street Journal Magazine. Launched just 2 years ago, her company is now valued at more than $1 billion.

JOHN MULANEY AND OLIVIA MUNN BREAKUP RUMORS: Over the weekend, an anonymous tip to the gossip account Deux Moi hinted that comedian John Mulaney and actress Olivia Munn had broken up. The unnamed source works in publicity and says that the couple weren’t planning on announcing it, but would not be faking their relationship either. They’ve been dating since spring. Mulaney announced last month that they were expecting a child together.