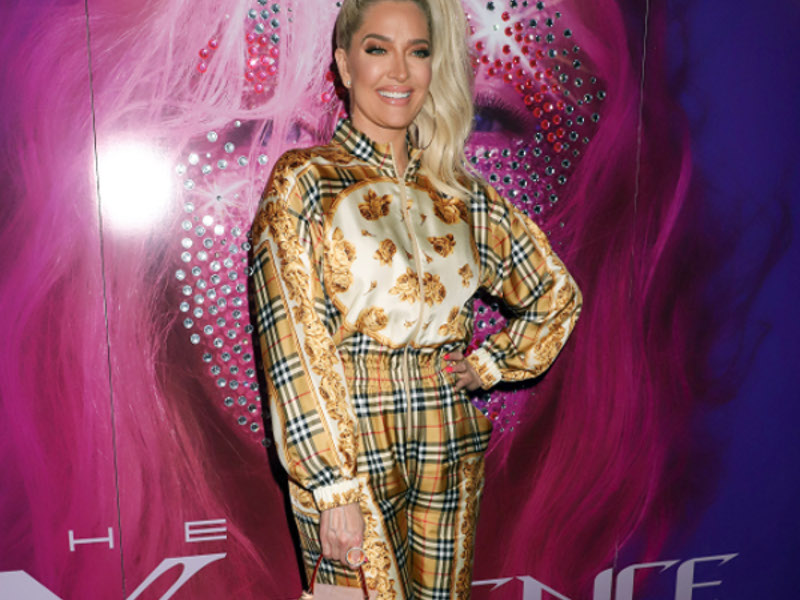 LINDSAY LOHAN LAUNCHES PODCAST: Lindsay Lohan is the latest star to launch a podcast. She is partnering with Red Arrow Studios’ Studio71 on the pod, which will land this year or early next year. Lohan is set to “share her authentic voice” and listeners will get “a chance to experience a never-before-seen side” of the Parent Trap star. She is also set to star in a Netflix rom-com.

HELEN MIRREN, TOP MODEL: The 76-year-old Helen Mirren hit L’Oreal Paris’ Fashion Week show, strutting the catwalk in a black embellished suit and dramatic cat eye makeup. She was joined by fellow ambassadors Amber Heard and Camila Cabello as the brand celebrated the 50th anniversary of the tagline “Because You’re Worth It.”

ERIKA JAYNE’S LEGAL TEAM TRYING TO SETTLE SUIT: Attorney’s for Real Housewives of Beverly Hills star Erika Jayne are trying to settle the suit over the $25 million she and her estranged husband Tom Girardi allegedly took from a fund intended for plane crash victims to fund their glam life.

BRIDGERTON HAIRSTYLIST MARC PILCHER DIES: Bridgerton is mourning the loss of Marc Pilcher, the makeup artist and hair stylist who won a Creative Emmy for his work on the Netflix show. “So heartbroken by the loss of Marc Pilcher, the brilliant and visionary Hair and Makeup designer for Bridgerton Season One,” star Nicola Coughlan tweeted. “Marc was so passionate about his work and so tremendously talented. Not even a month ago he won his first Emmy award.”

RUPAUL SNAGS DEAL WITH SONY: The Drag Race maestro RuPaul has signed a first-look scripted TV deal with Sony Pictures TV. He has also launched a production company, RuCo, with Jay Marcus to serve as head of film and TV. “Not only I am thrilled and honored to join the Sony Pictures Television family, but I’m also extremely grateful for the opportunity to tell unique stories that push the conversation forward,” RuPaul said in a statement Monday.