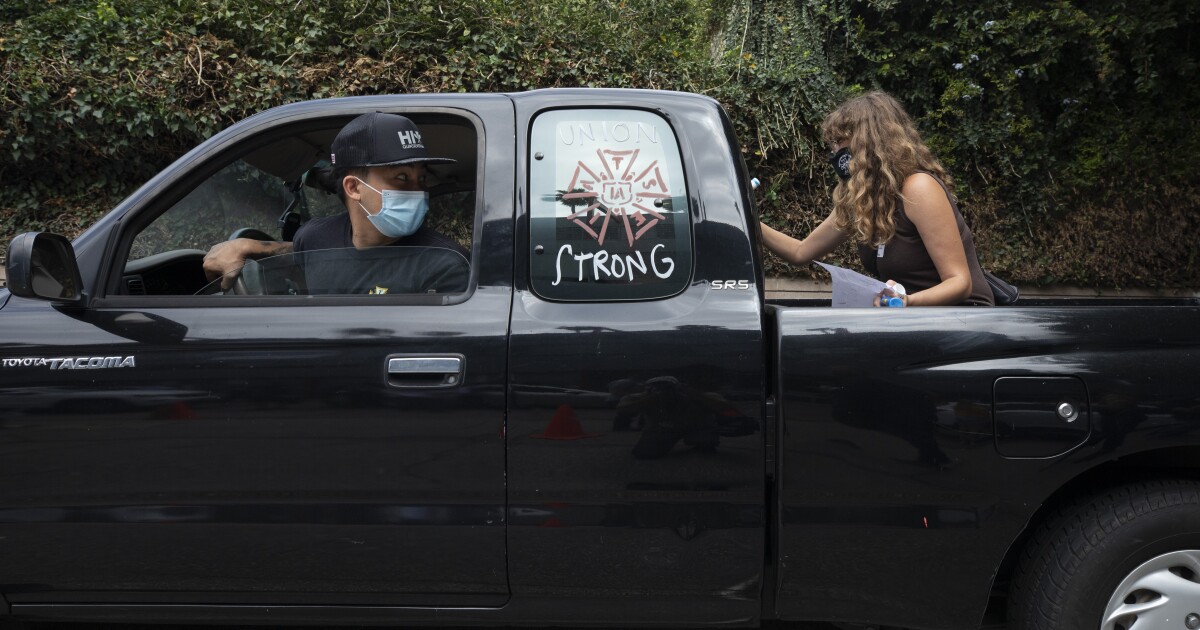 The union representing Hollywood crews moved closer to reaching an agreement on a new contract with the major studios that would avoid a historic strike.

The International Alliance of Theatrical Stage Employees and the Alliance of Motion Picture and Television Producers have narrowed their differences and are nearing an agreement on a new three-year contract covering some 60,000 film and TV industry workers, said three people familiar with the negotiations who were not authorized to comment.

The alliance represents the major Hollywood studios such as Walt Disney and Warner Bros. along with newcomers Apple, Amazon and Netflix.

An agreement would end a standoff that would have led to the first nationwide strike in the union’s 128-year history and the first major strike by crews since World War II.

The proposed contract, which is subject to approval by the union’s members, would include modest wage increases in line with other Hollywood union contracts and a commitment to cover a $400-million deficit in the union’s health and pension plans. It also addresses longstanding complaints about long hours, requiring a minimum turnaround time of 10 hours between shoots and 54 hours’ rest over the weekend.

A walkout would have had a significant effect on the film and TV industry that is a major employer in Southern California and other production hubs nationwide including New York City, Atlanta and Chicago. The last major labor dispute in Hollywood — the 2007-08 writers strike — lasted 100 days.

Studios — still recovering from heavy losses sustained by shutdowns and movie theater closures — have been eager to ramp up productions that were delayed by the COVID-19 pandemic. They also are hungry to supply content to new streaming platforms that have taken off.

The threatened walkout caught some studio executives by surprise.

IATSE, which represents camera operators, grips, prop makers, set dressers, makeup artists and many other specialized technical workers who work in film sets, historically has avoided public confrontations with studios. The union has traditionally preferred to quietly negotiate early agreements with employers to avoid rocking the boat and keeping their members working.

But this time around, the union’s leaders felt emboldened to take a tougher stand to secure better pay and working conditions on behalf of their members.

Support for a walkout was strong among union members, who voted nearly unanimously earlier this month to give their leaders authorization to call a strike if they couldn’t come to terms with the studio representatives.

The strong show of support gave the union’s leaders considerable leverage to press their demands.

A contract between the AMPTP and IATSE for film and TV workers lapsed first July 31 and was extended to Sept. 10 to allow more time for bargaining and to negotiate new COVID-19 safety protocols.

IATSE and the AMPTP, whose membership has grown increasingly diverse of the years, have sparred over a raft of issues.

The union was seeking improvements in wages and compensation from streaming productions that it believes are unfairly discounted. Another big sticking point involved complaints about long hours and lack of breaks for crews as producers have pushed to make up for production delays caused by the pandemic.

For their part, studios said they offered to increase rates for the lowest-paid workers and for certain types of streaming productions as well as to cover a projected health and pension deficit, but balked at other demands by the union.