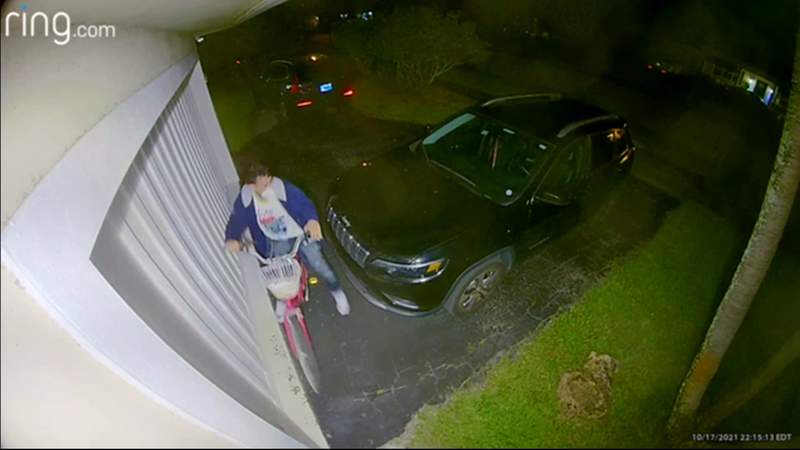 HOLLYWOOD, Fla. – A 28-year-old police officer has died after being shot by a suspect in Hollywood, Hollywood Police Chief Chris O’Brien confirmed Monday morning at a news conference.

He has been identified as Officer Yandy Chirino.

According to the police chief, officers responded to the 4000th block of North Hills Drive around 10:30 p.m. Sunday after receiving reports about a suspicious person in the area.

O’Brien said officers made contact with the suspect, Jason Banegas, 18, and Chirino was shot as the suspect fought against the officers.

A Local 10 News crew was at the scene near the Emerald Hills Country Club Monday morning as about every law enforcement agency in Broward County was in the area.

Police were seen going door-to-door, and armed officers and K-9s were walking around the upscale neighborhood, which is made up of mostly Orthodox residences.

A Broward Sheriff’s Office helicopter was also flying above.

“It was very scary. We didn’t know what was going on,” said Meghann Schwartz, who lives in the typically quiet area.

Colleagues and loved ones of the officer were seen leaving the emergency room in the early morning hours. There were tearful embraces among family and officers after they learned of Chirino’s fate.

“The medical staff there worked tirelessly to save his life, but the injuries were too severe and Officer Chirino passed away,” O’Brien said.

Hollywood police vehicles surrounded the hospital for hours. Officers were seen entering and exiting the hospital as emotions were running high.

“He was a great officer and will have a lasting impact on our community,” the police chief said, adding that Chirino “gave his life honorably and without hesitation.”

O’Brien said Chirino will be remembered for his selfless acts while working for the police department and for making the ultimate sacrifice for his community.

According to the police chief, Chirino has worked for the Hollywood Police Department since 2017 and has been recognized multiple times for his outstanding work ethic. He was also recognized as Officer of the Month in June 2020.

The American flag outside the Hollywood Police Department has since been lowered to half-staff.

That flag is actually right in the middle of a touching memorial for other Hollywood police officers who were killed in the line of duty.

“To Officer Chirino’s family, I offer you my deepest condolences,” O’Brien said. “Your son selflessly devoted his life to law enforcement. He was a great officer and will leave a lasting impact on our community. I know that there are no words that can comfort the pain that your family is feeling right now, and that pain extends here with his brothers and sisters at our department. The Hollywood Police family will stand beside you in the difficult days ahead and will always carry Officer Chirino’s legacy.”

Banegas is facing multiple charges, including armed burglary, battery on an officer, carrying a concealed firearm, grand theft of a firearm, resisting with violence and first-degree murder.

Despite his young age, O’Brien said the suspect has a lengthy arrest history.

Following the shooting, police departments from around South Florida have been offering their condolences to Chirino’s family, friends and colleagues.