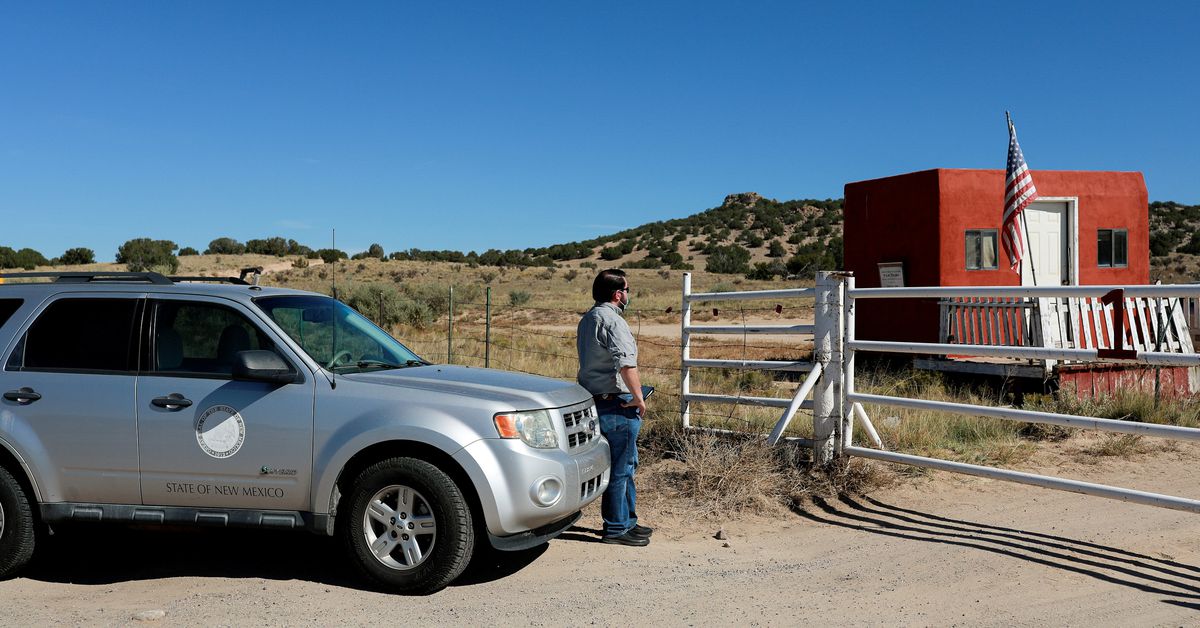 SANTA FE, N.M., Oct 24 (Reuters) – The dusty desert landscapes of New Mexico have provided the perfect backdrop for Hollywood Westerns, but the state also has served as a filming location for everything from drug-dealing drama “Breaking Bad” to sci-fi mystery “Stranger Things.”

New Mexico’s role in the TV and movie business was thrust into the spotlight last week when cinematographer Halyna Hutchins was fatally shot on the set of “Rust”, a Western that was being filmed at the Bonanza Creek Ranch outside Santa Fe. Actor Alec Baldwin fired the prop gun that killed Hutchins after being told it was not loaded, according to authorities.

“Rust” was just one of many projects being filmed around the state, which has become a key hub for Hollywood by offering producers a generous 25% to 35% refundable tax credit. Netflix Inc (NFLX.O) and Comcast Corp’s (CMCSA.O) NBCUniversal have established production studios in Albuquerque.

A pool of experienced workers has helped attract Hollywood to the state, filmmakers and TV executives say. About 9,000 people who live in New Mexico work in the industry, earning an average salary of $56,000, according to the New Mexico Film Office.

Bill Horn, a set decorator who has worked on projects for Netflix, Sony Corp (6758.T) and ViacomCBS Inc’s (VIAC.O) Paramount Pictures, has witnessed the expansion in recent years.

When he joined the International Alliance of Theatrical Stage Employees (IATSE) union’s Local 480 chapter more than a decade ago, it had fewer than 600 members. Now its membership tallies more than 1,500, he said.

“It’s growing a lot,” said Horn, who is currently working on Fox drama “The Cleaning Lady”. Local educational options for specialized film work has expanded, he said, and new apprenticeships have been discussed. “We’re pretty desperate for training,” he said.

Other projects underway in the state include Netflix series “Trigger Warning” and “Dead for a Dollar” starring Christoph Waltz, Willem Dafoe and Rachel Brosnahan. Forty-eight movies and TV shows were produced in New Mexico in September, state statistics showed.

Spending from film and TV production reached a record $623 million in the state from July 2020 to July 2021, the film office said. Some politicians have complained about offering tax breaks to Hollywood corporations.

The Bonanza Creek Ranch, where filming on “Rust” has been suspended, has been used as a Hollywood set for decades since Jimmy Stewart’s “The Man From Laramie” in 1955 and “Butch Cassidy and the Sundance Kid” in 1968.

A day after the “Rust” accident, cameras were rolling to capture nighttime scenes on the ranch for another project. The site also offers film-related tours and rental options for private parties and corporate retreats.

Besides the ranch, sound stages abound in the area. Netflix operates one of the largest after buying Albuquerque Studios, where the AMC network had filmed “Breaking Bad” in 2018. Two years later, the streaming giant announced it would expand the facility and promised to spend $1 billion on production in the state.

Since the “Rust” tragedy, media outlets have reported of discontent about working conditions on that set. People who worked on other projects in New Mexico said the sets always adhered to strict safety and security protocols and they were dumbfounded by how the shooting could have occurred.

“There is everything in place to not let this happen,” said Jesse Casias, who builds sets. “There is not any reason for this.”

About 200 industry workers, from costume designers to prop makers and location scouts, gathered Saturday night at a candlelight vigil for Hutchins in Albuquerque. Many talked about the sense of family that develops during the long hours spent on sets.

Actor Jon Hamm, who is filming a movie in nearby Belen, said he and his “Mad Men” co-star John Slattery attended the vigil “to support our community”. Slattery, who is directing the new film, said members of his crew were close friends with Hutchins.

Others said they felt the loss even if they had no connection directly to Hutchins. “It’s just a sad day for everybody,” said Horn, the set decorator. “Hearts are broken.”