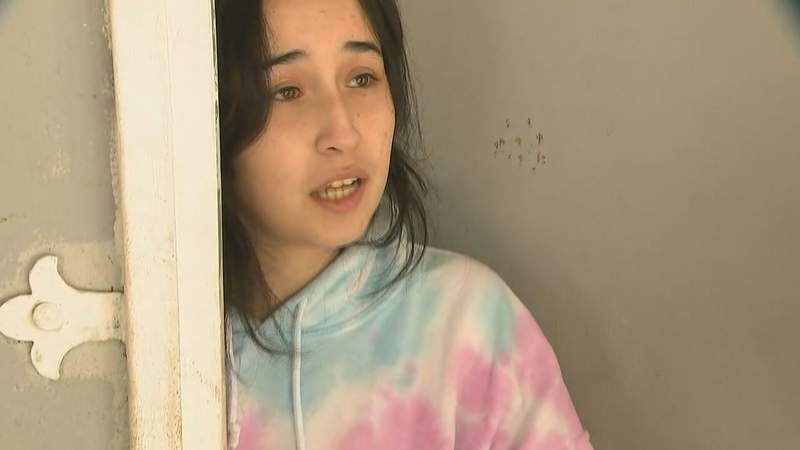 HOLLYWOOD, Fla. – The sister of the 18-year-old man accused of shooting and killing a Hollywood police officer on the job has been taken into custody.

While Jason Banegas sits behind bars in Broward County, a warrant out of Miami-Dade County was issued for his 17-year-old sister, Katherine Banegas, on Thursday.

Detectives have said the gun used to kill officer Yandy Chirino was stolen. According to officials, she is wanted for questioning in the theft of that gun back in September.

Local 10 News learned that Katherine Banegas was taken into custody on Friday night by U.S. Marshals at the Walmart located off West Oakland Park Blvd. and University Drive in Sunrise, according to Lauderhill police.

After being initially taken to the Lauderhill Police Department for processing, she was then brought to a juvenile assessment center, police said.

Local 10 News was able to find Katherine Banegas the day after the murder. She fiercely defended her brother on camera.

“I don’t even know how this happened. My brother would never do something like this,” she said.

On Sept. 15, a Miami-Dade man reported that his gun was stolen by two women. According to the victim in the case, he was shown a photo lineup by law enforcement and was able to identify Katherine Banegas.

He was also shown a clip from her interview on Local 10 and identified her as one of the women who took his gun.

While she was very talkative with Local 10 News, detectives want her to speak about what she knows about this gun theft.

A gun that would fire a shot that would take 28-year-old Chirino’s life.

The Hollywood Police Department is not involved in the case of the stolen gun in Miami-Dade County.