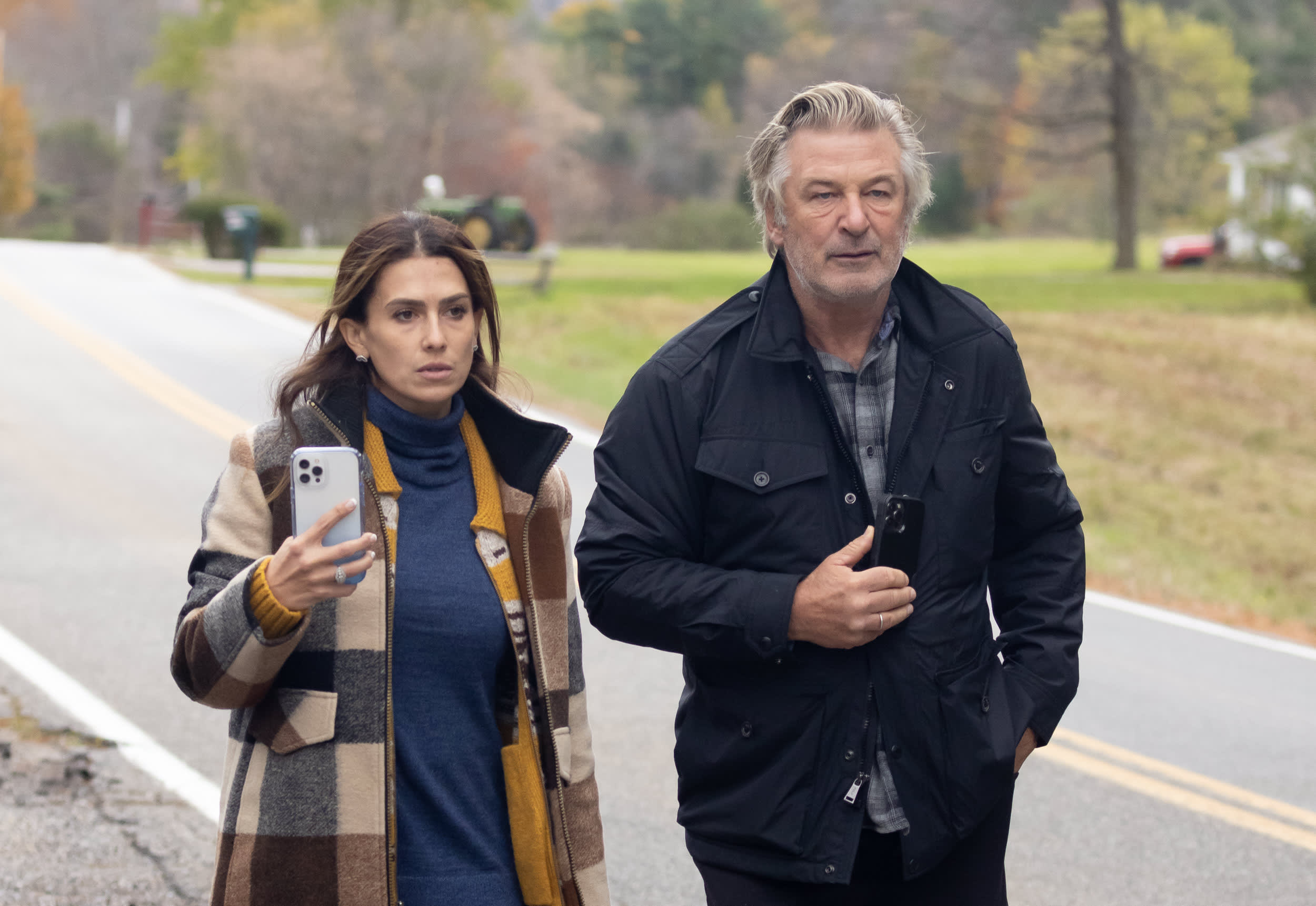 Hilaria Baldwin and Alec Baldwin speak for the first time regarding the accidental shooting that killed cinematographer Halyna Hutchins, and wounded director Joel Souza on the set of the film “Rust”, on October 30, 2021 in Manchester, Vermont.

Alec Baldwin took to social media Monday to urge Hollywood to hire police officers on all film and television sets that use guns.

“Every film/TV set that uses guns, fake or otherwise, should have a police officer on set, hired by the production, to specifically monitor weapons safety,” Baldwin wrote in a tweet that he also shared on Instagram.

His plea comes in the wake of his involvement in the accidental shooting death of cinematographer Halyna Hutchins on the set of “Rust” last month in Santa Fe, New Mexico.

Hutchins was struck by a lead projectile from a prop gun fired by Baldwin. Director Joel Souza, who was standing behind Hutchins, was also injured.

Baldwin had been handed a firearm by assistant director Dave Halls, who claimed the prop was safe for use. However, Halls did not check all the rounds inside the revolver before declaring it a “cold gun,” according to an affidavit that was used to obtain a search warrant.

Halls explained to local law enforcement that typically, he would watch as armorer Hannah Gutierrez Reed spun the drum of the gun to show him that it was clear of obstructions, loaded with the proper ammunition and ready to be used on set. Halls said that he only recalled seeing three rounds in the chamber ahead of passing the gun over to Baldwin and did not recall if Gutierrez Reed had spun the drum on that occasion.

Since 1990, the film industry has seen 47 fatalities among 250 film production accidents, according to data from the Occupational Safety and Health Administration. These incidents include car accidents, injuries sustained from heavy equipment and falls from scaffolding.

The last high-profile gun-related incident on a movie set was the death of Brandon Lee on the set of “The Crow” in 1993. In the wake of that accident, Hollywood productions created strict safety measures for stunt work that involves firearms and implemented prop safety guidelines. This includes banning live ammunition from sets in favor of using blank and dummy rounds.

Investigators who briefed press in late October said there seemed to have been “complacency” on the set of “Rust,” which led to Hutchins’ death. Local authorities are still gathering evidence and interviewing members of the cast and crew who were present on set during the shooting.

Using TikTok as a Resource for Entertainment and Engagement – Adweek
Fredonia family series taking entertainment to a new dimension – Fredonia.edu