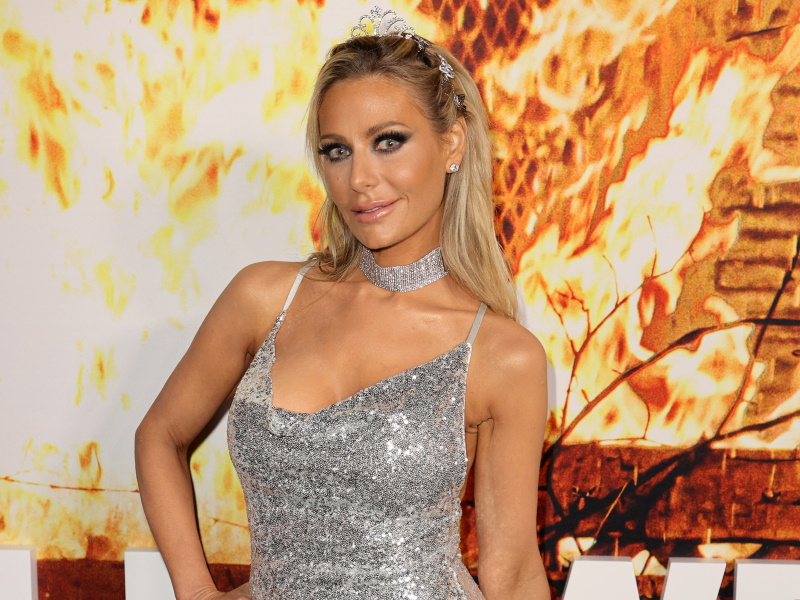 VIDEO SHOWS RHOBH BREAK IN: A surveillance video of two masked men breaking into Dorit Kemsley’s mansion was released by the LAPD. The video shows them shattering a window and then later, fleeing with items. The police said: “The victim was inside the residence at the time and was confronted by the suspects. Both suspects threatened to kill her as she pleaded for her life and the lives of her young children. In fear for her safety, the victim complied with the suspects demands and directed them to valuables. The suspects took high-end handbags, jewelry, and watches.”

PETE DAVIDSON JOKES ABOUT KIM KARDASHIAN ROMANCE: Pete Davidson alluded to his outings with Kim Kardashian on an appearance Late Night with Seth Meyers on Monday. “I want to address something,” Myers started the conversation. “I feel like I want to confirm if it’s real or a rumor. This is something you’ve been reading about a lot in the press.” Playing along, Davidson responded, “I’ve been wanting to talk about this because there’s a lot of people I walk by, people are like whispering and making eyes at me. But it is true.” But alas, it wasn’t about Kardashian. “I do have a show on Tubi coming out,” he said of the upcoming animated show The Freak Brothers.

WEDDING IS IN THE WORKS: Paris Hilton’s wedding is being set up at her late grandfather Barron Hilton’s multimillion-dollar estate in Bel Air, Calif. Her wedding to Carter Reum is happening Thursday, but as of Tuesday, planners were decorating and setting up for the extravaganza. Page Six reports that a crew of people laid out wooden panels that will presumably serve as the dance floor. The floor covers nearly the full length of the backyard up until the in-ground swimming pool. Meanwhile, the paper writes that closer to the back entrance of the house, there are two large floral arrangements in hot pink and white with the bride and groom’s initials, “P” and “C.”

FANCY BIKINIS: On her honeymoon, Heather Rae Young donned a handmade $625 bikini from Karen Sabag, the designer behind her wedding dress. Young and Tarek El Moussa are enjoying a honeymoon in the Maldives. “This is a special place,” the “Selling Sunset” star captioned her seaside snap, adding, “and my best friend of 15 years got this bikini handmade for me from the same designer who made my bridal shower dress so it’s also a special bathing suit.”