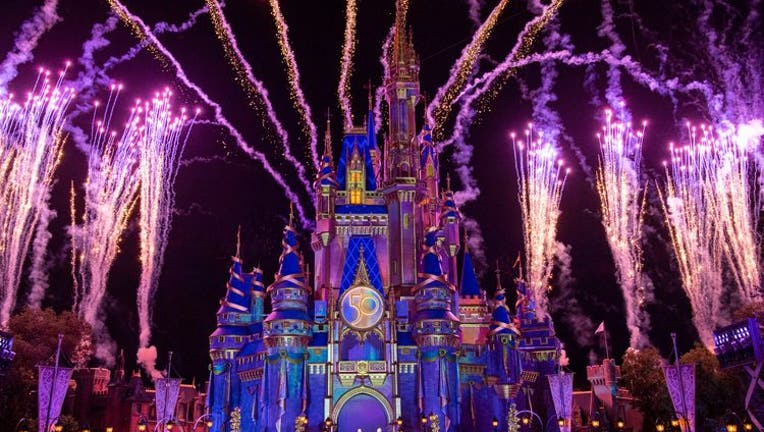 LAKE BUENA VISTA, Fla. – Magic Kingdom fans, get ready! Disney has revealed during its Destination D23 event this weekend that some exciting new and returning experiences are coming to the park soon.

They outlined three experiences on Saturday, explaining that they will debut during Walt Disney World Resort’s 50th anniversary celebration, dubbed ‘The World’s Most Magical Celebration.’

First off, coming in this winter, Disney said that a new cavalcade will begin.

Titled the ‘Disney Adventure Friends Cavalcade,’ they said that characters from hit Disney and Pixar films will travel through the park’s parade route, greeting guests along the way.

They also said that this cavalcade will feature the most characters of any cavalcade to date. For example, there will be Nick and Judy from ‘Zootopia,’ Baloo and King Louie from ‘The Jungle Book,’ José Carioca and Panchito from ‘The Three Caballeros,’ Miguel from ‘Coco,’ plus Merida, Moana, The Incredibles, and so many more. 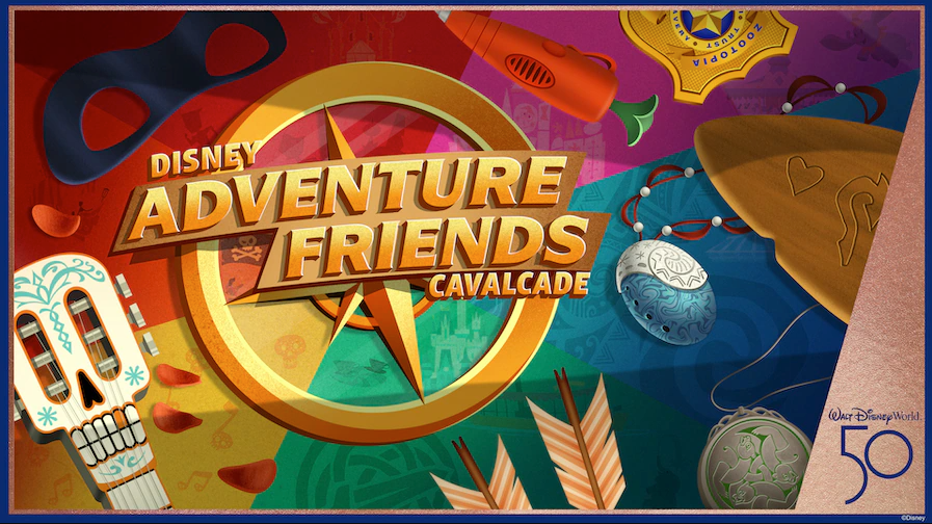 “Since we reopened our parks last year, we’ve been presenting favorite Disney characters in new ways, such as the cavalcades that travel the parade route,” Disney explained. “These cavalcades have been very popular and will continue to be part of the park entertainment experience into the future.”

Then, in early 2022, Disney said that live entertainment will return to the Cinderella Castle Forecourt Stage as the show ‘Mickey’s Magical Friendship Faire’ will come back.

They said that the show will be “newly enhanced” for the 50th anniversary celebration but will still incorporate some scenes from the previous version. 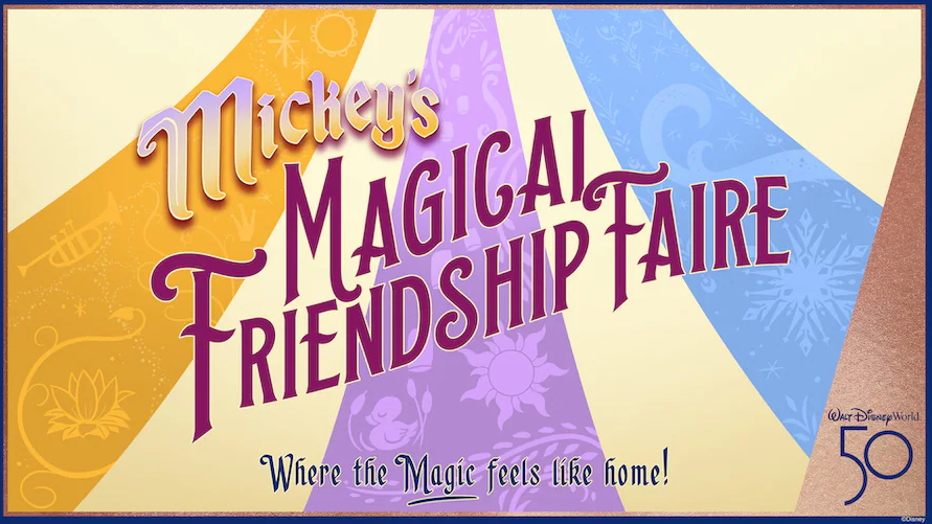 There will reportedly be sequences inspired by ‘Frozen,’ ‘Tangled,’ and ‘The Princess and the Frog,’ in addition to a new opening and finale with Mickey Mouse and his friends.

Included in the show is said to be an all-new, original song entitled ‘Where the Magic Feels Like Home.’

Also debuting in early 2022, Disney said that the ‘Festival of Fantasy’ parade will return to Magic Kingdom. 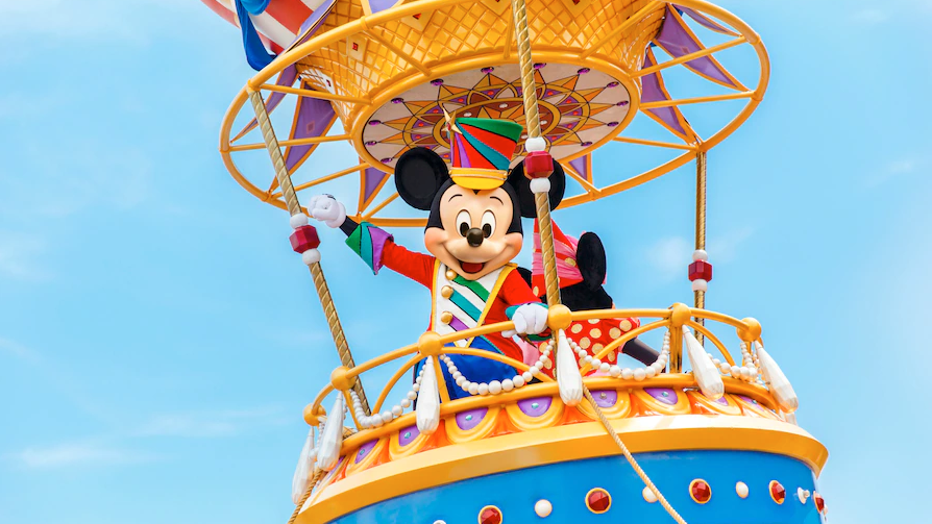 The parade is described as a “vibrant and joyous celebration of Fantasyland” and it includes several Disney characters and stories, presided over by Mickey and Minnie Mouse.

With these new additions, Magic Kingdom is stacked with entertainment.

The park actually kicked off The World’s Most Magical Celebration with a new firework show called ‘Disney Enchantment.’ 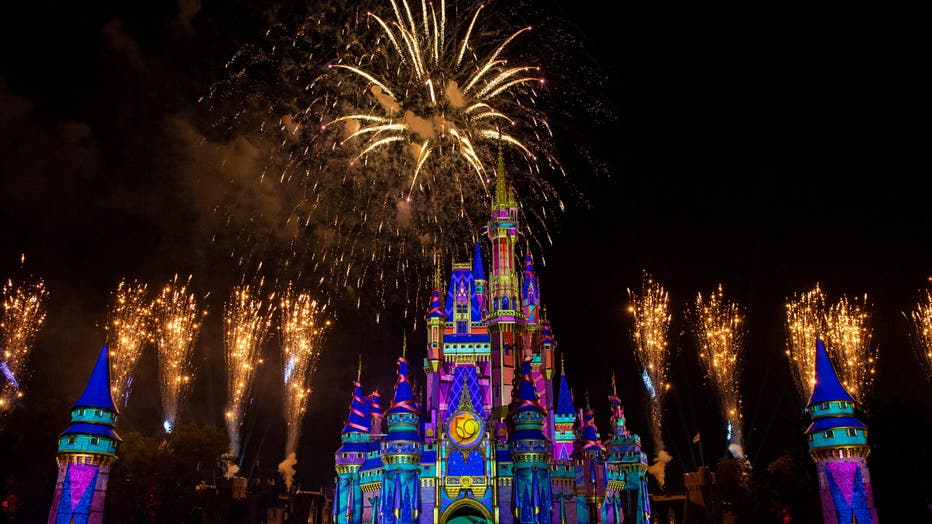 Disney said that the show features fireworks, Disney music, enhanced lighting, immersive projection effects that extend for the first time down Main Street, U.S.A., and an original song, entitled ‘You Are the Magic,’ by seven-time Grammy-winner Philip Lawrence.

Also in the show, they said that there are iconic Disney characters, moments, and music from both Disney and Pixar films.

For instance, spectators join Tiana, Rapunzel, and ‘Onward’ brothers Ian and Barley as they set out on a journey with adventurers like Moana, Raya, and Judy Hopps. Characters from ‘Soul,’ ‘Wreck-It Ralph,’ ‘Luca,’ ‘Beauty and the Beast,’ and ‘Alice in Wonderland’ also make an appearance.

Walt Disney World Resort is offering previews of two new firework shows ahead of the 50th-anniversary festivities set to begin on Friday, Oct. 1. On Thursday, guests were treated to the debut of ‘Disney Enchantment’ at Magic Kingdom.

“Everything builds to a climactic moment, as Tinker Bell takes flight, spreading shimmering gold pixie dust and empowering us all to believe in ourselves and the magic all around us,” Disney explained.

MORE NEWS: Florida mom and son take photo in same spot at Magic Kingdom as they did on opening day in 1971

The World’s Most Magical Celebration kicked off on Oct. 1 and goes for 18 months. To learn more about the anniversary festivities, check out ‘Disney’s 50th anniversary celebration underway: What to expect’ by FOX 35.