Hollywood Orientalism is not about the Arab world – Al Jazeera English

Hollywood Orientalism is not about the Arab world –… 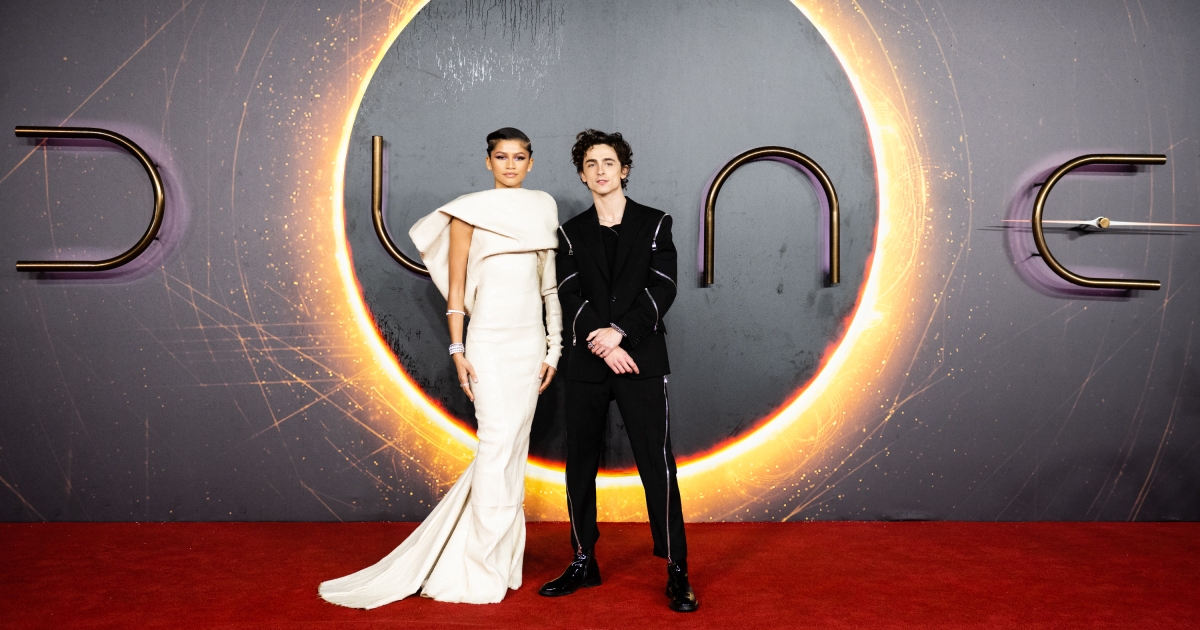 The recent release of Dune: Part One (2021), an American science fiction film directed by Denis Villeneuve, has once again raised the vexing question of Hollywood mis/representation of Arabs, Muslims, and Islam. Film critics particularly from the Arab and Muslim world are up in arms and back on their hobbyhorse of how Hollywood misrepresents them.

It is time for a reality check and to come to terms with the fact that “Hollywood” as an abstraction is in the business of misrepresenting everyone. It has no commitment to truth. It has made a lucrative business of deluding the world. Native Americans, African-Americans, Arabs, Asians, Latinx, Muslims, Africans – everyone on planet Earth is misrepresented for the simple reason that at the epicentre of Hollywood as an industry stands a factual, virtual, or fictive white narrator telling the world he is the measure of truth and wisdom, joy and entertainment.

Dune is now doing its bit of mis/representation with the latest visual panache and state-of-the-art digital bravura and virtuosity. Set in the distant future amid an interstellar dystopia, it is based on the 1965 science fiction novel by American author Frank Herbert. In 1984, David Lynch made a film version of the novel to critics’ dismay. But the 2021 adaptation by Denis Villeneuve has received much praise, from almost everyone other than some Arab and Muslim film critics who think it misrepresents them and has a white saviour fantasy at its core.

It does. It is a textbook white saviour fantasy. But so what? What does it have to do with us – Muslims, Arabs, Iranians, Pakistanis, Turks, Indians, “Orientals” as they call us? A white American novelist, a white Canadian filmmaker, and a mass media company based in Burbank, California – Legendary Entertainment – think the whole universe needs a white saviour who looks like actor Timothée Chalamet. What is it to us? All the power to them!

For Arabs and Muslims to chase after these films and ask why did you misrepresent us, or why did you borrow from Islam without any acknowledgement, or why did you cast a white actor in the lead role rather than a first generation Indian, Pakistani, or Egyptian “Muhammad” (as Ridley Scott once put it) is blowing the horn from the wrong side, as we say in Persian.

Props are not people

“Arabs” are not real people in these works of fiction. Arrakis in Dune are not Iraqis in their homeland. They are figurative, metaphoric and metonymic. They are a mere synecdoche for a literary historiography of American Orientalism. They are tropes – mockups that are there for the white narrator to tell his triumphant story.

The world at large will fall into a trap if we start arguing with these fictive white interlocutors, and telling them we are really not what they think we are. It is not just a losing battle. It is a wrong battle. This is not where the real battle-line is.

What difference would it make if you were to cast Riz Ahmed or Dev Patel or Rami Malek instead of Timothée Chalamet as the lead in Dune? Would that have resolved the issue – in what way?

We are dealing with a massive machinery in Hollywood that keeps spinning around itself producing stronger doses of fantasy to keep alive the delusion that it is the epicentre of the universe. If you throw Sydney Poitier or Denzel Washington at it, it will digest them and still spit out the selfsame delusional fantasies. So if you want to fight that machine, you need to change the interlocutor – opt for a different storyteller, farthest removed from Hollywood. One single shot of a Kiarostami or Ozu will melt mountains of snowflakes in Hollywood. You do not improve the lie with cosmetic creampuffs. You correct the lens with truth.

The late Jack Shahin spent his precious lifetime documenting such Hollywood abuses. He presented his findings in his 2001 book, Reel Bad Arabs: How Hollywood Vilifies a People, which in 2006 was made into a documentary. Other more detailed criticism of such misrepresentations has piled over the years. To what end?

It all started in 1921. In October that year, the silent romantic drama, The Sheik (pronounced like the French word “Chic”), premiered in the US and Europe. For the next 100 years, from 1921 to 2021, from Sheik to Dune, Hollywood has had a ball – it produced and promoted one delusional fantasy after another about Arabs and the wider Muslim world. But what does it have to do with us, the real Arabs and Muslims?

The question to be asked

The question that Arabs and Muslims need to ask themselves is precisely the question James Baldwin asked some half a century ago – exposing white peoples’ dark subconscious:

“The question you got to ask yourself,” Baldwin said, “the question the white population has to ask itself – is why was it necessary to have a Negro in the first place. Because I’m not a N****.  I’m a man. But if you think I’m a N****, it means you need it. And you got to find out why. The future of the country depends on that.”

Today Arabs and Muslims need to reverse that question and ask themselves why does it matter to them what an irredeemably racist culture thinks of them. Why this preoccupation with the Hollywood depiction of Arabs and Muslims or anyone else for that matter? The more Arabs and Muslims delay asking that same question by just replacing Negro with Arab the longer they paradoxically prolong white supremacist Hollywood’s ability to torment them, perpetrate upon them epistemic violence, put them on the defensive, and make them question whether they are what Hollywood thinks them to be.

“Is Dune a white saviour narrative?” mostly Arab or Muslim film critics are asking themselves. Of course, it is. So what? Of course, Hollywood opted to cast a dashing Rudolf Valentino of his time in Dune to go and save “the Arabs” from themselves. What else is new?

“Frank Herbert’s novel drew from Islam,” they also say. Frank Herbert did no such thing. He could not tell “Islam” from a hole in the wall. He drew from the Orientalists’ fantasies of Islam, not Islam. No two Muslims can even agree what Islam is – let alone two Orientalists of the Hollywood vintage.

I watched most of Hollywood’s fantasies about the Muslim world and I found nothing in them that is remotely about me as a Muslim or an Iranian. Nothing.

These films are like English “translations” of Rumi I occasionally come by. Looking at those “translations”, I can never tell what the original poem is and I have spent a lifetime reading and teaching Rumi forward and backward. Because the English “translations” of Rumi are really acts of piety by well-meaning Americans trying to find a decent “spiritual” way attributed to Rumi and I find nothing wrong with it, for Americans. It, however, has nothing to do with me – or with anyone else who reads Rumi’s work in its original.

Years ago, in my 2009 book Post-Orientalism Knowledge and Power in a Time of Terror, I wrote that throughout his magnificent life, Edward Said had a fictive white interlocutor sitting in his mind who he was trying to convince that Palestinians had been wronged – unless and until that fictional character was totally convinced that indeed Palestinians were wronged then Palestinians were not wronged.

But we are done with that fictional character sitting inside the best of our critical thinkers. Perhaps the most eloquent spokesperson of the Palestinian cause died unconvinced he had convinced that figment of his own imagination of the most brutal fact of his history. We have long since changed that interlocutor. We are not talking to him anymore. He is fictional. He is not real.

The frontier fictions separating East and West, Hollywood and Bollywood, have dissolved into cyberspace. They are meaningless in a reality in which how a white saviour’s fantasy may tickle the fancies of its white audience is of little relevance to the rest of humanity at large. They need their white saviours. It is a psychotic disposition. We can only wish them a speedy recovery.

The views expressed in this article are the author’s own and do not necessarily reflect Al Jazeera’s editorial stance.