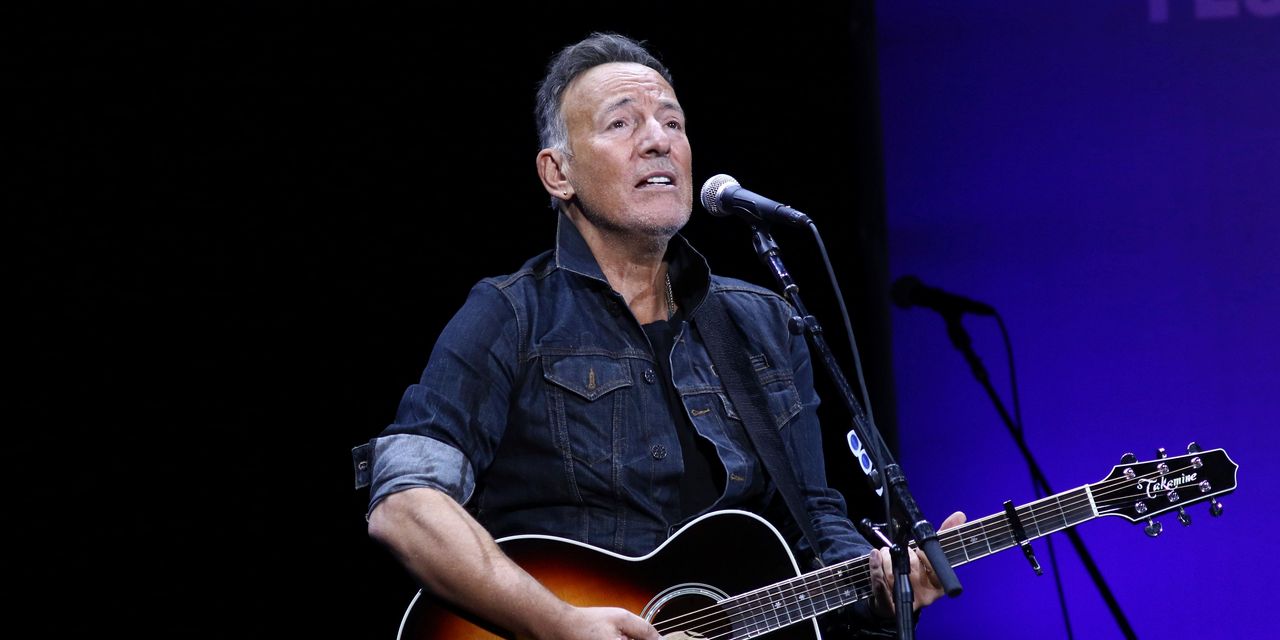 Bruce Springsteen sold his music rights to Sony Music Group for between $500 million and $600 million in a deal representing the largest transaction ever for the life’s work of an individual artist, according to people familiar with the matter.

Various financial players looked at backing the transaction, according to people familiar with the deal, with private investment firm Eldridge Industries LLC putting up a portion of the funds for part of the deal, yet another financial player to make a big move in the frothy market for music copyrights. Sony Music Group is a division of Japanese conglomerate Sony Group Corp. SONY -1.32%

The deal gives Sony, the second-largest music label company and largest music publisher, ownership of classic hits including “Born to Run,” “Born in the U.S.A.” and “Dancing in the Dark.”

The approximately $500 million valuation represents more than 30 times the annual royalties on the combined recorded music and songwriting catalog—an aggressive bid that kept Mr. Springsteen’s camp in exclusive talks with Sony instead of looking for a buyer on the open market, according to the people. Sony has been the Boss’s record label home for his entire career.

Mr. Springsteen’s sale follows an onslaught of other artists seeking to sell their music catalogs at valuations as high as 20 times their annual royalties as revenue from streaming music has grown with the popularity of services from Spotify Technology SA, Apple Inc. and Amazon.com Inc. Bob Dylan sold his entire music catalog to Universal Music Publishing Group in a transaction said to be worth $300 million to $400 million. Stevie Nicks sold a majority stake in her songwriting catalog valued at about $100 million.

The Boss joins a cast of classic artists seeking to secure their legacies with partners they believe will take care of their life’s work, while also taking advantage of attractive financial conditions. He could benefit from a significant tax benefit for songwriters selling their rights. A special provision for musicians that sell self-created works means they owe capital-gains tax rates of 20% on the sale. That is instead of owing ordinary tax rates of up to 37% each year on the royalty income they get from streaming, licensing and other uses of their works.

Timing is important, as President Biden’s Build Back Better bill, currently stalled in Congress, would impose a 5% tax on adjusted gross income above $10 million and an additional 3% on income above $25 million—changes that could take effect at the beginning of January, incentivizing deals to get done before then.

Mr. Springsteen, a New Jersey native who was initially touted as a “new Dylan,” is among the most popular rock stars of the past 50 years.

Known for his literary flair, sweeping arrangements and reverence for tradition, Mr. Springsteen has long been an evangelist for the power of rock ’n’ roll and a working-class hero who writes songs about Americans’ everyday lives and pains.

After playing in bands such as the Castiles and Steel Mill, Mr. Springsteen emerged in 1973 with “Greetings from Asbury Park, N.J.,” an album whose singer-songwriter and R&B-influenced sound represented something of a throwback at the time. Both the album and its follow-up were met with relatively poor sales.

A few years later, Mr. Springsteen amped up his arrangements with the help of music critic and co-producer Jon Landau, resulting in 1975’s “Born to Run,” which put the Boss on the cover of Time magazine—though he remained something of a cult figure for many listeners.

Following 1982’s stark “Nebraska,” Mr. Springsteen went in the opposite direction—he aimed for a mass audience—with 1984’s 15-times-platinum “Born in the U.S.A.,” which turned him into a global juggernaut roughly on par with pop stars Michael Jackson and Madonna. Its title track, a protest song that many listeners took as a patriotic anthem, became one of his most famous songs.

Over the decades, the 20-time Grammy Award winner has maintained a prodigious output as a recording artist, while often touring with his beloved E Street Band, one of the highest-grossing acts in the U.S. live-music business. In 2017, Mr. Springsteen started a solo theater show that was hugely successful.

Like Mr. Dylan, Mr. Springsteen’s popular catalog—which includes tracks such as “Thunder Road,” “Hungry Heart,” “My Hometown” and “Streets of Philadelphia”—endures in the popular imagination, demonstrating a shelf life well beyond the date of its original releases. The music video for “Dancing in the Dark,” for example, is now famous in pop culture for featuring an appearance by actress Courteney Cox, whom Mr. Springsteen brings on stage. Several of his compositions, including “Because the Night,” have become memorable songs for other artists.

The longevity of such songs is especially valuable at a time when the fast-paced churn of music listening in the streaming era makes it hard for artists to stay in the public consciousness for very long. On Spotify alone, Mr. Springsteen’s songs have generated hundreds of millions of streams.

—Miriam Gottfried and Richard Rubin contributed to this article.

Write to Anne Steele at Anne.Steele@wsj.com and Neil Shah at neil.shah@wsj.com