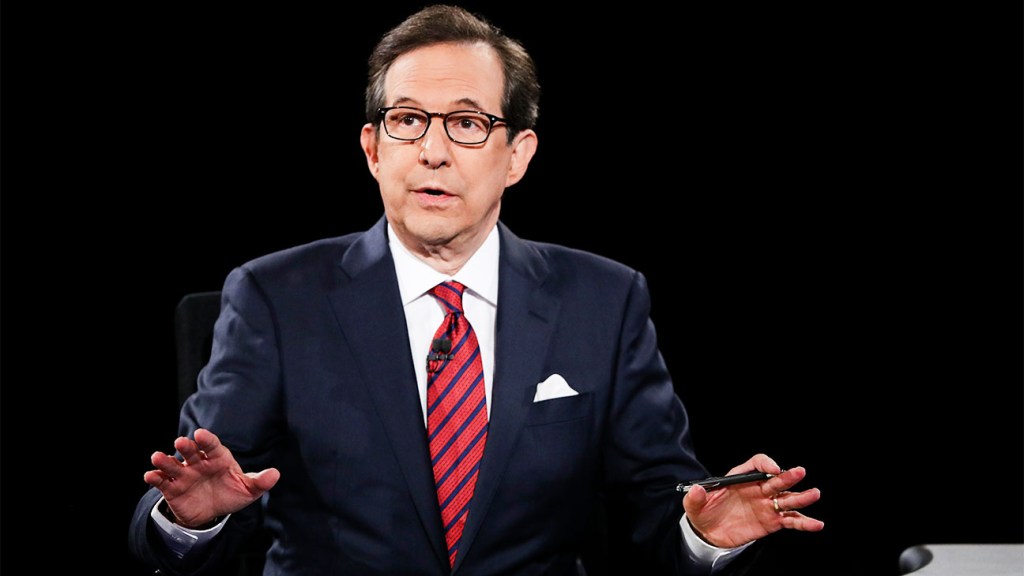 Wallace, the anchor of Fox News Sunday since 2003, announced his departure on the program this morning.

“After 18 years — this is my final Fox News Sunday,” Wallace said. “It is the last time — and I say this with real sadness — we will meet like this.”

“I want to try something new, to go beyond politics to all the things I’m interested in,” he added. “I’m ready for a new adventure. And I hope you’ll check it out.”

Less than two hours later, CNN announced that Wallace was headed to the WarnerMedia-owned news outlet as an anchor for its upcoming subscription streaming service, CNN+, which is set to debut in the first quarter of 2022.

“I am thrilled to join CNN+. After decades in broadcast and cable news, I am excited to explore the world of streaming,” Wallace said in a statement released by CNN. “I look forward to the new freedom and flexibility streaming affords in interviewing major figures across the news landscape—and finding new ways to tell stories. As I embark on this adventure, I am honored and delighted to join Jeff Zucker and his great team. I can’t wait to get started.”

In a statement, CNN Worldwide president Jeff Zucker, said, “It is not often that a news organization gets the opportunity to bring someone of Chris Wallace’s caliber on board. He is as fine a journalist as there is in our business. This speaks volumes about our commitment to journalism and CNN+, and we are thrilled to have Chris on the ground floor of helping us build the next generation of CNN and news.”

Earlier, on Fox News Sunday, Wallace thanked his bosses at Fox for keeping their word to “never interfere” with his interviews.

“Eighteen years ago, the bosses here at Fox promised me they would never interfere with a guest I booked or a question I asked. And they kept that promise,” Wallace said. “I have been free to report to the best of my ability, to cover the stories I think are important, to hold our country’s leaders to account.”

He looked back on covering five presidential elections and interviewing every president since George H.W. Bush and leaders like France’s Emanuel Macron and Russia’s Vladimir Putin and expressed his enjoyment that he had been able to “spend Sunday mornings” with his audience.

“It may sound corny, but I feel we’ve built a community here,” Wallace said. “There’s a lot you can do on Sundays. The fact you’ve chosen to spend this hour with us is something I cherish.”

A rotation of other Fox News anchors will host Fox News Sunday until a permanent replacement is named.

Wallace is the most high-profile journalist to depart the network in years, certainly since Shepard Smith announced his surprise departure in 2019. Smith ended up going to CNBC.

The news of Wallace’s departure was a surprise and comes after he last inked a contract with the network in 2017, which at the time was said to run through the 2020 election.

In a statement, Fox News said, “We are extremely proud of our journalism and the stellar team that Chris Wallace was a part of for 18 years. The legacy of Fox News Sunday will continue with our star journalists, many of whom will rotate in the position until a permanent host is named.”

Speaking to The Hollywood Reporter last spring, timed to the 25th anniversary of Fox News Sunday, Wallace said Sunday morning public affairs shows continue to have a role to play, even as consumers mostly get their news through social media.

The son of the legendary CBS correspondent Mike Wallace, Chris followed in his father’s footsteps with stints at ABC News and NBC News, including a run as the moderator of Meet the Press from 1987-88.

8:48 a.m. This story has been updated with Wallace going to CNN+.