Cultural Entertainment And Confections A Treat At Holiday Festival… 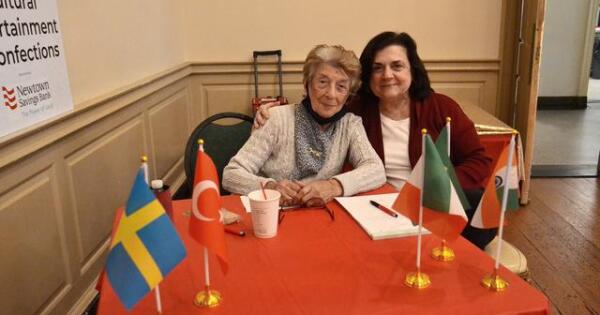 The Holiday Festival’s Cultural Entertainment and Confections had multiple live performances and delectable treats for attendees to enjoy throughout the morning of December 5. The new event was sponsored by Newtown Savings Bank and was set up in Edmond Town Hall’s Alexandria Room.

People were invited to munch and sip on their goodies at a table, which had different countries’ flags placed as the centerpieces. There were also decorative trees on stage that were adorned with a variety of flags.

Reporter Alissa Silber can be reached at alissa@thebee.com.

Prepackaged containers were filled with coconut macaroons, pizelle, and scones at the Holiday Festival’s Cultural Entertainment and Confections event.