Deuxmoi Picks the Biggest Celebrity Stories of the Year – WWD

Deuxmoi Picks the Biggest Celebrity Stories of the Year… 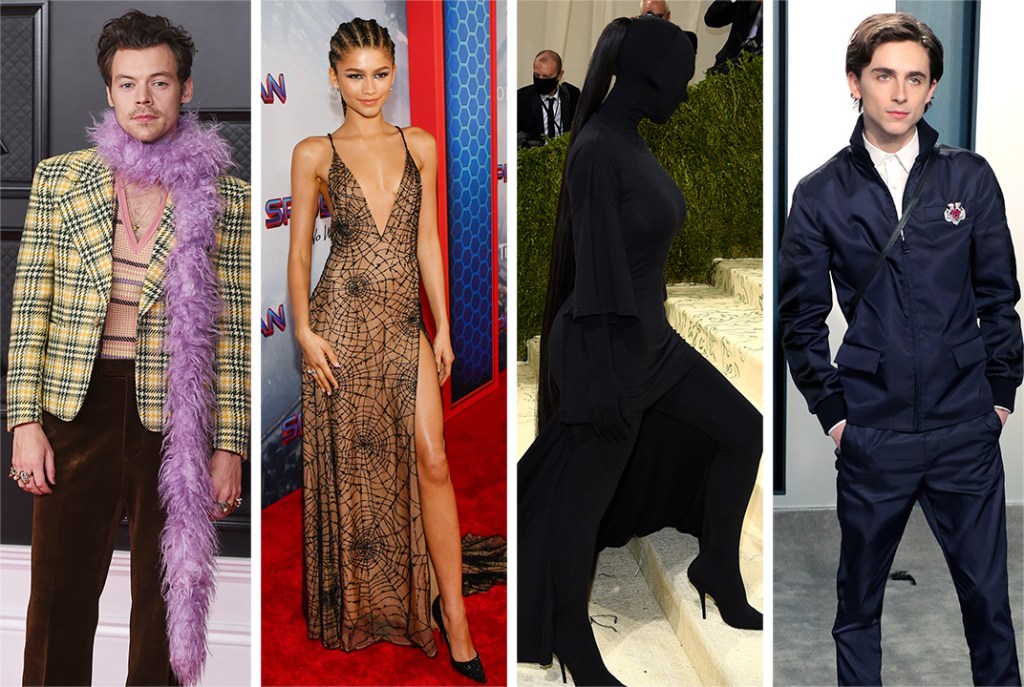 When the first lockdown hit in March 2020, the woman behind Deuxmoi didn’t take up bread baking or puzzling. Rather, she turned to her Instagram and asked if anyone wanted to send her experiences with celebrities they’d had throughout their lives.

“It wasn’t anything current because everything was closed,” she says over Zoom (audio only, as she remains anonymous). “The information that was being submitted, some of it was right before lockdown or some of it was like 10 years ago — it was just all over the map of when the information was taking place.”

Suddenly in September of 2020, it seemed every celebrity under the sun was both in New York and out and about, and that’s when the Deuxmoi we know and love today really took off.

“One day somebody was like, ‘I saw Hugh Jackman at Dante,’ I think that was one of the very earlier ones. It was someone at Dante. I remember being like, ‘what the f–k is Dante?’” she says of the West Village café and bar, which has become something of a celebrity magnet. “And everyone’s like, ‘you don’t know what Dante is?’ I’m like, listen, I haven’t been out in six months. I also wasn’t going out a lot prior to that. I think it’s in the West Village. That just wasn’t one of my spots.”

Nonetheless, she posted the tip and used the phrasing of “spotted,” a nod to “Gossip Girl.” Her motivation was both the gossip angle but also to show that New York was back and restaurants were safe to patronize again, to boost support for the hospitality business in New York (where she lives and where she says most of her followers are).

“But then obviously, that sort of took on a life of its own and people just started sending me in so many sightings,” she says.

Today, the account has 1.3 million followers and is a must-read for many on Sundays, when she posted all the sightings sent in over the week. Here, she chats with us about the year in celebrity news, who she gets the most DMs about and what accounts she likes to follow.

As someone who hears everything about the celebrity world, when you think about this past year who and what stands out?
Deuxmoi: “Definitely one of the first tips that I received, that I would say also turned around the way the account was viewed, was about Harry Styles and Olivia Wilde. That’s definitely something that stands out and something that people were so into. Ben Affleck and JLo getting back together, that was another one. I’d say people’s interests have died down a little bit, but when it first started, [Ben and JLo] was all anyone could talk about. Kim and Kanye‘s divorce. Ariana Grande getting married. That was kind of really secret and something I feel like that I posted about right when it happened because I got tips from their neighbors, because I think they held the wedding at her house in Santa Barbara. Jennifer Lawrence being pregnant. [These are] things that I heard about before they became public. Scarlett Johansson being pregnant. The pregnancy ones were blind items. And then obviously Kim and Pete now. That’s a big one. That was something that I was actually really surprised about. I didn’t know anything about it until it was public.”

Who were some of the breakout celebrities of the year?
Deuxmoi: “I don’t know if this person would be considered a breakout, but definitely someone who everyone is talking about right now is the ‘Outer Banks’ couple, Chase Stokes and Madelyn Cline. Their relationship and the speculation behind their breakup and their getting back together or not back together. Are they friends? Are they not friends? That’s a hot topic amongst my followers. Timothée Chalamet, he has a huge fan base. And he had ‘Dune’ this year. He has a cameo in ‘Don’t Look Up.’ He’s filming ‘Willy Wonka.’ So I don’t know if you would necessarily call him a breakout star, but he’s definitely someone of interest. Harry Styles, maybe a breakout star in acting since everyone is very eagerly awaiting ‘Don’t Worry Darling.’

“Oh, duh, Nicholas Braun. I knew I was forgetting somebody else. It’s almost like I have PTSD from his name. [Editor’s note, if you don’t follow Deuxmoi, the ‘Succession’ actor is one of the most often submitted sightings, both around New York City and on dating apps]. I think that he’s so accessible because you see him walking around the streets of New York City, you see him bartending at his bar [Ray’s]. You see pictures of him talking to normal girls at his bar, and you see him out and about, so I think to these young women who are so attracted to him, they’re like, ‘wow, I could actually date him.’”

Who do you think is going to have a big year next year?
Deuxmoi: “I feel like Zendaya will continue to rise, 100 percent. I know people get so mad that I don’t say she’s A-list, I just think she’s still too young. But I think she’s definitely on her way. Selena Gomez, she’s pretty big, but I mean, I don’t know if you’ve seen ‘Only Murders in the Building,’ but she’s really good in that. And I heard she wants to do more acting. I know her fans are dying for new music, but I heard that she wants to focus a little bit more on acting, so I think that as she continues to get more roles, I like her acting, I think it’s really good.

What celebrities are you surprised have such passionate fan bases?
Deuxmoi: “A very random one is Lauren Graham of ‘Gilmore Girls’ fame. She has a fan base, and I have to say on record, they are the most polite group of people. Every time I post a sighting, and I only post it because I know people are fans of ‘Gilmore Girls,’ they’re like, “thank you so much. We were worried about her.”

“I don’t think that when I started this account, I knew the level of passionate fans for some of the superheroes, like Chris Evans, Henry Cavill. That surprised me. Colin Jost has this secret fan base that I never knew about. Chloe Fineman is another one.”

What were some of the biggest “what?” moments of the year?
Deuxmoi: “I guess the obvious answer is Kim and Pete. I don’t think anyone could top that duo getting together. I think actually I was onto Kourtney and Travis early on. It wasn’t a tip. It was a fan who noticed that they were both posting about ‘True Romance,’ which was Travis’ favorite movie. And then Kourtney very shortly after posted something about ‘True Romance.’ Sometimes the fans get it right. Sometimes their speculation is so crazy and so off base, I’m like, you guys got to stop. But sometimes they get it right. A fan posted it and for fun, I was like, ‘OK, let me post this.’ And I posted it and somebody confirmed.”

What are some of your favorite accounts to follow in the celebrity gossip sphere?
Deuxmoi: “I pretty much check Page Six Instagram stories every day because it’s easy to read and they link all their articles. I’ll check Just Jared. Page Six, I’ll check their Instagram stories. Just Jared, I’ll check their grid. They always have good paparazzi pics. And the Daily Mail, I will go on their website. That’s really it. There’s no secret Instagram accounts that I really check, which I do on purpose because I like to post the information that is directly given to me from my followers. I don’t like to post information that I see other places. That’s why I just try to keep it tight with those three.”