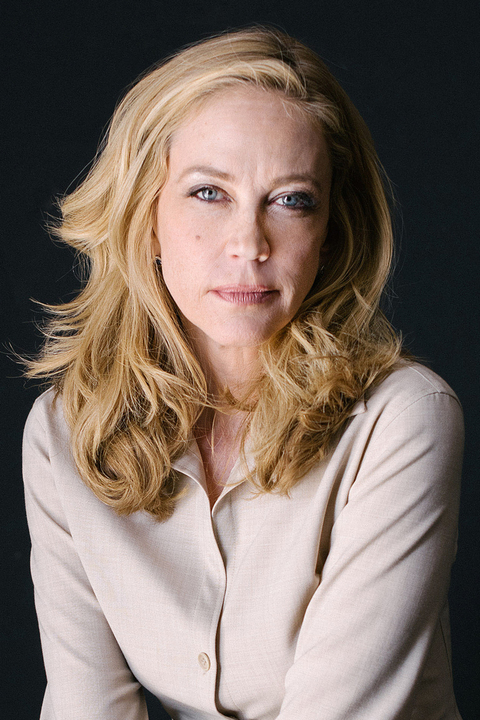 Ally Walker (Oakes ‘83, biology) has portrayed a miscellany of characters on prime-time television and the big screen, displaying her dexterous acting prowess in crime dramas, sci-fi action hits, and rom-com blockbusters. Recognized for her versatility, confidence, and wit, Walker is a firebrand who in the 90s led the way for women to land lead roles on prime-time TV. She has enjoyed sustained success in Hollywood, though her story includes many unpredictable moments and an opening scene set in a biology lab overlooking the Pacific Ocean.

Having grown up primarily in New Mexico, Walker was allured by the beauty, ocean, and natural canvas that envelop the UC Santa Cruz campus. She was also attracted to the science program, where she flexed her academic agility in pursuit of a degree in biology.

“UCSC really opened up ways of thinking about things and living that I hadn’t experienced before, because I came from a traditional family life,” Walker says. “It was a cultural shift that really opened my eyes to a lot of possibilities.”

Walker’s parents instilled in her the value of education, and she is paying that forward in the form of a significant gift to the Renaissance Scholars Program. The funds support academic advising and counseling, financial assistance, and other forms of support for promising UC Santa Cruz students who have had to navigate unimaginable obstacles to earn a college education. The program assists students who have been homeless, are current or former foster youth, or who have experienced the incarceration of themselves or close relatives.

A mother of three boys, her natural love of children was publicly and compassionately displayed in her 2005 award-winning documentary For Norman: Wherever You Are, which revealed flaws in the Los Angeles County foster care system. The film, which she directed, resulted in positive changes in the program and earned her “Best Documentary Feature” at the San Fernando International Film Festival and the Champion of Conscience Award at the Wine Country Film Festival.

From the laboratory to the big screen

Walker was raised by parents who embraced the arts, limited television, and encouraged reading. While she excelled at science, she had a burgeoning talent for writing, which she says sprouted out of youthful boredom. Her imagination would wander, and she would journal, write poetry, and develop short stories that took her beyond the margins of the scientific world into the land of make believe.

Upon graduating from UC Santa Cruz, she landed a job at a genetic engineering company. It didn’t take long for her to realize that sequencing DNA in a laboratory was not the best fit.

“I knew right away that this path was not for me,” Walker says. “The lab was too confining. So, I sold everything I owned and went to Australia for a while. I traveled, surfed, and worked odd jobs.”

One of those jobs was waiting tables. One day she spilled a pot of coffee on a talent agent who was in the modeling business, and rather than admonishing the 5’ 10” waitress, he suggested that she consider modeling.

She leaned into the meet with her signature easy-going spirit and participated in a photoshoot—with her then-actor boyfriend behind the camera—and with little conviction that it would lead to anything. She returned to Los Angeles with a new plan to continue her science trajectory by going to medical school. Meanwhile, her boyfriend shared the photos with top Los Angeles model agency executives, Nina Blanchard and Eileen Ford, who signed her and secured Walker roles in commercials. In 1989, she was Clairol’s “Nice & Easy Girl.”

One evening while she was having dinner with a friend, another serendipitous moment set her on a course that changed her life. She was approached by a movie director who noticed her playful laugh and charismatic personality. He asked her if she’d like to read for a small part in a film he was directing. The next day she was hired, and while most of her scene was cut, this small part would be the beginning of a successful career in Hollywood.

“Being on that set and watching people work, just being part of something and not being isolated in a laboratory was amazing. I was like, ‘I would love to do this.’”

Her first big break was a regular role on the soap opera, Santa Barbara. This led to more opportunities including landing the lead role as a forensic psychologist in Profiler in 1996. She was one of very few female leads in a television series at the time, and the show set the stage for future crime series like CSI: Crime Scene Investigation and Law & Order Special Victims Unit, paving the way for women to secure leading opportunities in Hollywood.

With more than 25 movie credits and an extensive list of roles and guest appearances on television series, Walker has demonstrated her range of talents by writing, directing, and producing several movies, as well as authoring multiple books, including her current project, a novel that combines science with people and humanity.

Walker understands the importance of being true to one’s values, gifts, and talents. A strong woman on and off screen, she has stayed grounded in her principles while remaining open to letting her instincts and fate guide her to and through a prosperous career.

“Life will sort of present to you where you are meant to be,” Walker says. “Trust yourself. Do what you love. Stay at it if you love it, and that will be your success.”