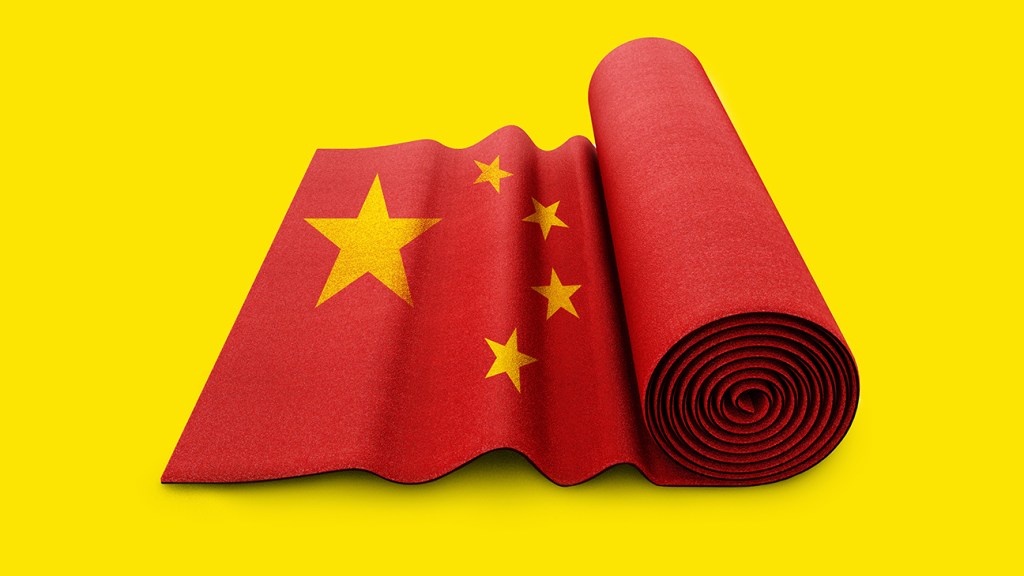 In 2014, when Warner Bros. drafted LeBron James to star in its Space Jam sequel, the film was tailored to appeal above all else to the mighty Chinese market. After all, James was a huge commodity in the basketball-obsessed country, where his signature Nike sneakers are made. Along the way, the future Hall of Famer avoided poking the China bear, even if it meant drawing outrage when he criticized Houston Rockets GM Daryl Morey in 2019 for tweeting his support for Hong Kong protesters, calling him “misinformed” — a notable move given James’ vocal stance on police brutality issues and former President Trump’s so-called Muslim travel ban. At the time, videos of police crackdowns on Hong Kong’s pro-Democracy movement were circulating widely while it was well reported that more than 1 million Uighur Muslims were being held in internment camps.

Despite attempts to make it past China’s censors, Space Jam: A New Legacy never received a release in China this summer and scored just $162.8 million worldwide — a so-so figure even given the coronavirus pandemic. Still, Space Jam wasn’t alone. Disney received the same cold shoulder when it came to its Marvel tentpoles Shang-Chi and the Legend of the Ten Rings and The Eternals, films that were built around Chinese talent in order to make a giant showing in the market. But to no avail. Neither film was given a release in the country that continues to take heat for reported human rights abuses. Hollywood’s silence on those abuses has become deafening as other industries and entities have begun to confront China.

In fact, 2021 — with its diminishing economic returns in the country — might mark the year that finally cooled the HollywoodChina romance. “I think we’re still feeling our way through that [new paradigm],” WarnerMedia Studios and Networks Group chair and CEO Ann Sarnoff told THR, in a wide-ranging interview in October, in regard to Space Jam and the dearth of Hollywood tentpoles getting a bow in China. “Obviously there’s been a lot of geopolitical meta issues happening with changes of our government and trying to figure out what the new relationship’s going to be with the Biden administration. China’s clearly building its own local theatrical business. The numbers are very large, and we would like to believe we’re going to be a big part of their future. But we’re honestly taking it one movie at a time. I’m not making any grand predictions because I don’t know, but it’s something we’re very, very aware of and front burner because when you do your ultimates and your green lights, China was a big chunk of it.”

The reversal of fortunes in China has begun to accelerate the past year. In 2021, just 25 U.S. movies were released theatrically in the country, many of which were minor indie titles instead of studio tentpoles. By contrast, some 45 Hollywood movies were shown on Chinese screens in 2019. That is forcing the major studios to pivot on their China ambitions, mostly because there is little to no growth to be attained in the country in the current climate. U.S.-China diplomatic relations simply have deteriorated to such an extent that it no longer matters how accommodatingly Hollywood comports itself in the market — the next phase of the Xi Jinping era is likely to be defined by less space for Western cultural content.

Despite China’s success in keeping COVID-19 cases close to zero, the theatrical film market is still far from whole. As of Dec. 13, China’s total box office earnings in 2021 were $7.05 billion, down 26.2 percent from $9.56 billion during the same stretch in 2019. In the past, whenever multiplexes needed a sales boost, regulators would simply turn on the tap of Hollywood releases to juice sales, even if that meant releasing more than the 34 U.S. revenue-sharing titles Beijing was required to allow into the market under a past trade agreement. That hasn’t happened this year. Instead, bankable Hollywood titles have sat on the shelf because of perceived political slights or for no perceptible reason at all. Among them: Black Widow, Venom: Let There Be Carnage and, now, potentially, Spider-Man: No Way Home.

At the same time, Hollywood has lost any semblance of a moral high ground. It has been lost on few that the industry remained mum when global superstar Fan Bingbing went missing in 2018 (including her agency, CAA). By contrast, the Women’s Tennis Association this month decided to pull all tournaments in China following a similar disappearance of tennis star Peng Shuai. (Some fear the Chinese doubles champion may be in some sort of detention after making allegations of sexual assault against a former Communist Party leader.)

“As Hollywood’s risk-reward calculus for China starts to get muddier and muddier, there’s a move for an entity, whether it’s a celebrity, athlete or company, to essentially do what Muhammad Ali did, which is to take a direct hit, short-term, on revenue but longterm create a brand that’s bigger than what they were originally known for,” says Blockers producer Chris Fenton, whose 2020 book, Feeding the Dragon: Inside the Trillion Dollar Dilemma Facing Hollywood, the NBA, & American Business, explored the China minefield.

Boston Celtics center Enes Kanter Freedom, for one, has seized that opportunity, blasting Xi for the country’s treatment of Muslims and calling out James for looking the other way. “Money over Morals for the ‘King,’” Kanter tweeted Nov. 18 before a CelticsLakers game. “Sad & disgusting how these athletes pretend they care about social justice. They really do ‘shut up & dribble’ when Big Boss says so. Did you educate yourself about the slave labor that made your shoes or is that not part of your research?” On Dec. 14, Kanter appeared on MSNBC wearing a T-shirt that read, “Taiwan is not China.” (China has banned Celtics broadcasts in the country.)

Meanwhile, the planned U.S. diplomatic boycott of the Beijing Winter Olympics will only escalate China’s growing enmity toward U.S. culture. The question now remains whether Hollywood will continue to kowtow in the face of little financial upside. But Fenton insists that taking the China losses now will open new avenues of growth and expand fan bases. He adds, “Global consumers will prove that capitalism can co-exist with doing the right thing.”

This story first appeared in the Dec. 15 issue of The Hollywood Reporter magazine. Click here to subscribe.