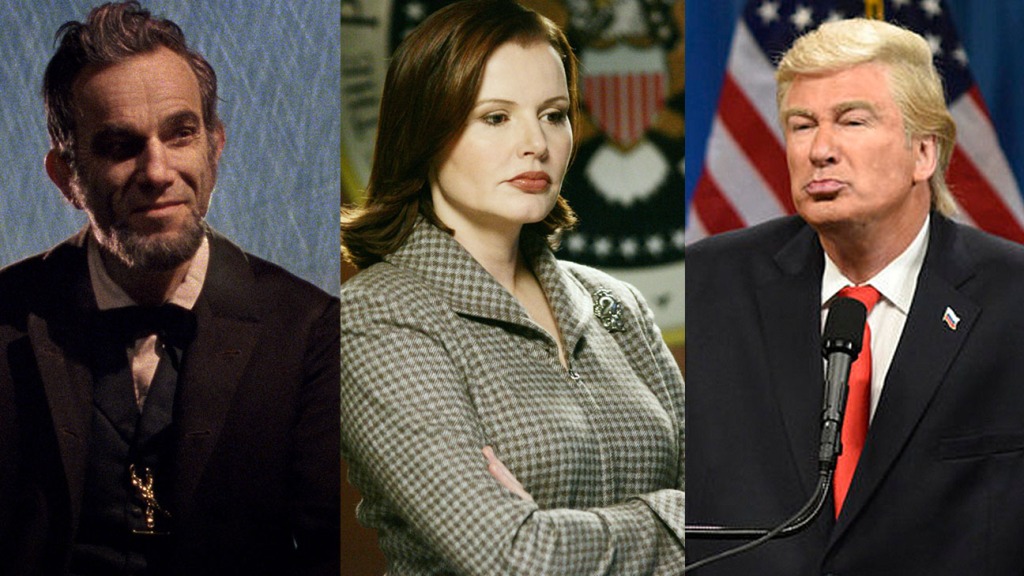 Tackling a real-life president, or even a fictional one, presents an opportunity for an actor to explore much internal and external conflict, and these roles have been featured plentifully in Hollywood.

Top actors who have stepped into the shoes of past U.S. presidents include Josh Brolin as George W. Bush in W, Jon Voight as Franklin D. Roosevelt in Pearl Harbor, Paul Giamatti as John Adams in John Adams, Greg Kinnear as John F. Kennedy in The Kennedys miniseries and — on the comedic front — the late Robin Williams as Theodore Roosevelt in Night at the Museum and Stephen Colbert in the DreamWorks animated hit Monsters vs. Aliens.

And then there’s Geena Davis, who became Mackenzie Allen, the fictional first female president of the United States in Commander in Chief, and Patricia Wettig, who morphed into Caroline Reynolds, another fictional character, in Prison Break. (See more female presidents in film and TV here.)

In honor of Presidents Day, the time has come to revisit some of these classic presidential dramas and comedies.