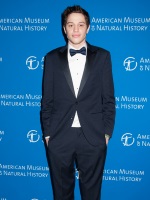 KIM KARDASHIAN DELETES THE WEST NAME FROM SOCIAL MEDIA: Now that Kim Kardashian is legally single, she has removed the West name from her social media accounts.  E! News reports that her Twitter and Instagram accounts were updated on Thursday (March 3rd) but her KKW Fragrance brand still bears her married initials.

PETE DAVIDSON MAY BE GOING TO SPACE: Pete Davidson is reportedly planning to join Jeff Bezos on a Blue Origin flight.  A source told Page Six, “Pete is excited. They haven’t signed a contract yet, but it looks like it’s going to happen.  The details are being finalized.”  The insider says that the trip into space would likely be later this year.

AMY SCHUMER OPENS UP ABOUT LIPO: Amy Schumer discussed her decision to get liposuction during a recent appearance on Chelsea Handler’s Dear Chelsea podcast.  The Trainwreck star said she decided to have the procedure done after turning 40 and having a C-section. She shared the news about her surgery on Instagram in January and tells Handler that she just wanted to be honest about the change in her appearance. Schumer said, “I just wanted to say that, because if anybody sees me in pictures or anything and they’re like, she looks thinner, and whatever: it’s because I had a surgery. It’s too hard, and I just want to be real about it.”