Why Tencent Music Entertainment Was Surging Today – The Motley Fool

Why Tencent Music Entertainment Was Surging Today – The…

Shares of Chinese music streaming service Tencent Music Entertainment ( TME 9.68% ) were rising on Tuesday, up 9.7% on the day as of the end of trading.

Tencent Music reported earnings last night, and you would think by the market’s reaction that the company beat expectations. But it didn’t — rather, today’s move seemed to reflect a broader pro-China stock rally, as many of Tencent Music’s internet peers also soared today.

In the fourth quarter, Tencent Music posted a revenue decline of 8.7% to $1.2 billion, missing expectations, while adjusted (non-GAAP) earnings per share of $0.08 came in line with expectations. It appears a combination of economic reopening and China’s crackdown on monopolistic companies, which affected Tencent Music’s exclusivity contracts with publishers, may have had an impact on results.

There were some silver linings, however. Notably, Tencent Music posted an increase in paying subscribers to its music streaming services, which were up 36.1% year over year. The problem is that users of its social entertainment services, which is essentially tipping for online karaoke and other performances, saw users fall 16.7% in the quarter. While there are many more online music subscribers, Tencent Music makes much more money per user in social entertainment, so the decline there was enough to offset gains in paying subscribers.

Management also said it was pursuing a listing on the Hong Kong Stock Exchange. That may alleviate some concerns over potential delisting, which have come to the forefront in recent weeks as the Securities and Exchange Commission began flagging U.S.-listed Chinese companies for noncompliance with the Holding Foreign Companies Accountable Act, or HFCAA.

However, many Chinese tech stocks were moving higher in Tuesday’s action, after market bellwether Alibaba ( BABA 11.01% ) announced it would increase its share repurchase program from $15 billion to $25 billion. That signaled confidence on the part of Alibaba that its stock is cheap, so many other beaten-down Chinese tech stocks soared on the news. 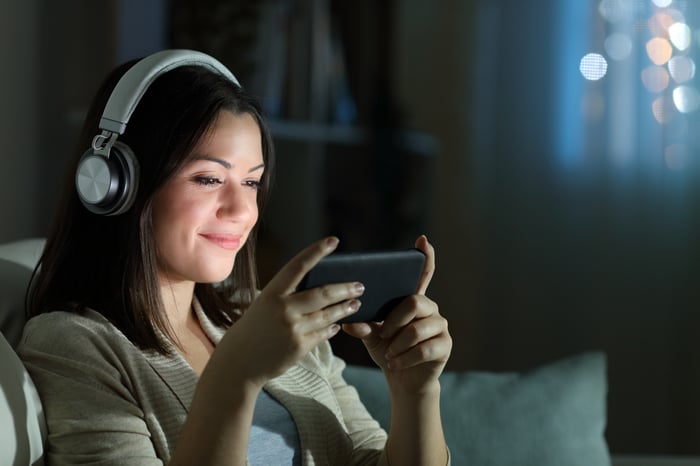 No one likes to see declining growth, especially in a technology company like Tencent Music. However, it may get a pass because of recent macroeconomic struggles in China, as well as the reopening, which could punish “stay-at-home” stocks like Tencent Music that are lapping difficult comparisons.

Amid the market turmoil, the Chinese government has also indicated it would be pursuing pro-growth policies and loosening its monetary posture in recent weeks. That’s in stark contrast to the U.S., which is tightening amid high inflation.

While geopolitical risks have decimated Chinese stocks recently, Chinese tech stocks are generally very cheap. For those willing to bet on an improvement in the political relationship between China and the U.S., or at least that it doesn’t get worse, Chinese internet stocks could be a promising contrarian bet. Just be aware of the risks, and size positions accordingly.

D.A. Davidson Sells $70MM in Bonds for Mixed-Use, Entertainment District in Glendale – Business Wire
Has Covid changed celebrity gossip? Plus: the return of the cringe it couple – with Who? Weekly – The Guardian