The cartoonishly-evil women characters of Asian entertainment – The Michigan Daily

The cartoonishly-evil women characters of Asian entertainment – The… 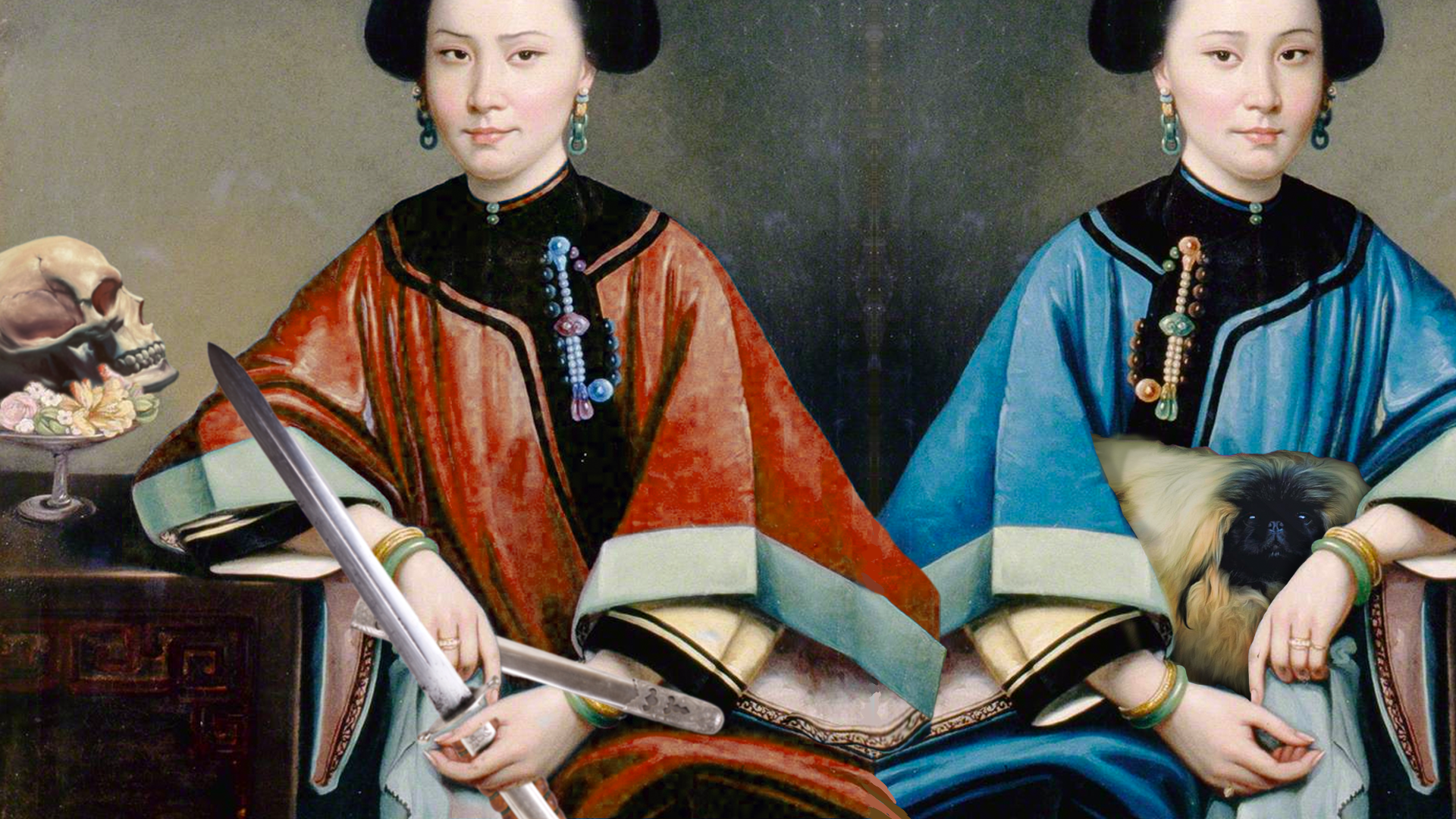 One-dimensional is an understatement when it comes to the majority of female characters in East and Southeast Asians movies and TV — if they are even present at all.

Of course, we are all too familiar with the doe-eyed damsel in distress with her dyed caramel locs getting scooped up, fireman-style, by her love interest in soapy dramas. If this Mary Sue were not a helpless orphan waiting to be rescued by her mythical hero, her mother would be strict, but loving nonetheless. And then there is her best friend, who is quick-witted and sharp-tongued, providing comedic relief in scenes where the main protagonist is too much of a proper lady to do so. Aside from these three core female characters, in an average Asian movie or TV show, you can find a slew of women who can be described as plot devices at best, and misogynistic caricatures at worst.

To me, the binary between the perfectly angelic main protagonist and the other cartoonishly evil women who serve as mere plot devices in these films revealed some deeply ingrained cultural attitudes toward women.

First of all, rarely, if ever, are these “evil” women in Asian media written as fleshed-out characters with personalities, background stories and moral grayness akin to real life women. Take, for example, the “other woman” who is competing against the protagonist for the male love interest. She is often depicted as a seductress who wears an above-average amount of makeup, revealing clothing and excessively loud jewelry. Even the demeanor of this particular archetype remained almost unchanged throughout the emergence of entertainment industries in Asia: They curled their lips, hurled snarky but nonetheless dispositional insults and seduced the male love interest with almost comical overtness. Of course, their intention behind approaching the male love interest is almost always for money or some other reason to serve the plot. Aside from the “other woman,” there is also the caricature of the cruel, often bourgeoisie mother-in-law who disapproves of her daughter-in-law’s every move, believing her son to be deserving of a better partner. There is also the genius yet arrogant female classmate who vocalizes passive-aggressive remarks to the academically inferior protagonist. And finally, who can forget the peer who is jealous of the protagonist’s beauty and therefore tries to sabotage her many pursuits?

Nothing illustrates this fetish for competitive dynamics between women better than a specific genre of period dramas: the imperial harem drama, which had experienced a revival in recent years garnering record streams. Historically, Chinese emperors have always boasted a harem of at least a hundred concubines, each assigned with one rank out of six, ranging from imperial wife all the way to the queen. To make matters worse, the concubines all have different backgrounds, with some being commoners selected for their beauty and others the daughters of high-ranking government officials. Not only are these women competing for better ranks and the affection of their shared husband, they are also yearning to birth a son who will one day succeed the throne. Therefore, there is really no better setting for a massive “cat fight” to take place. For instance, 2018’s smash hit series “Story of Yanxi Palace” was streamed a whopping 300 million times a day on average, reaching an incredible 700 million daily views at the show’s peak. For comparison, the Game of Thrones’s finale had garnered 19.3 million views. The show in all its bickering glory was so popular, in fact, that TV executives made several more period dramas, such as “Royal Feast,” with the same cast.

Chinese television viewers loved the vicious dynamic between the god-like woman protagonist, with her plot armor and dei ex machinas, and the laughably evil supporting female characters with their cartoonish demeanors and schemes. The typical imperial harem TV show is epically long and details the story of a young adolescent woman’s ascent from servitude to the very pinnacle of the harem. Either way, she eventually captures the attention of the emperor, schemes with other concubines, outsmarts her competition and becomes the emperor’s favorite concubine, or even queen.

“Story of Yanxi Palace” is a perfect illustration of the masses’ lust for viewing women lie to, screech at, backstab and even murder one another. Yingluo, the protagonist, had to take down no fewer than eight women with varying degrees of prestige within the palace harem who talked and looked exactly like one another. Who could have guessed they instigated the conflict because of their raging jealousy of Yingluo’s luck as well as the emperor’s affection for her? It is for this reason that the show feels more like a fantasy where every individual is at the whim of the god-like protagonist, who the viewer projects themselves onto. I suppose that it is satisfying to see this Mary Sue manipulate, destruct and punish all the women around her whom she dislikes, especially when the viewer cannot achieve this in real life. Assuming that due to real-life misogyny, the young female viewer of the TV show also views some women around her as unlikable and her competitors. As a result, it would be quite fulfilling to see her counterpart in the show defeat her rivals. Therefore, the TV show is more of a satisfying revenge porn for viewing pleasure, rather than a fleshed-out story where each character and plot point brings something unique and impactful to the viewing experience.

Furthermore, the imperial harem genre is also riddled with violence, never shying away from depicting the rampant abuse that occurred between master and subordinate, men and women, and physical punishment reserved for servants and eunuchs. When you take into consideration the extreme power imbalance in these relationships combined with the social pressure for one to never step out of the role they are assigned, these actions then become even more exploitative and vile. A lot of these instances of violence, including kicking, slapping and even torture, occurred between concubines and their maids. In “Story of Yanxi Palace” specifically, there are no fewer than six femicides littered throughout the show, desensitizing viewers to women’s suicides and murders. Considering that the viewer base for these soapy shows consists largely of young, impressionable women, these rampant acts of death and violence could subconsciously signal to them that violence toward other women is acceptable as long as they have wronged you.

The villains in “Story of Yanxi Palace,” such as concubine Gao, often mocked Yingluo with lines that aimed to be poetic and clever and demonstrated body language that aimed to be expressive and engaging, but failed miserably at achieving both; instead, the character just came across as extremely fake, uttering strange language with a strange demeanor that no woman would ever utilize in real life. What I mean by this is that the show includes a lot of monologues to explain one’s actions, instead of showing their emotions or actions in separate scenes, rendering many parts of the show utterly hilarious. In this story, the villainous concubines are deprived of individual backstories, personalities and drive, reducing them to mere amusingly-evil characters and terrible representation for women.

There has been a slight turn toward better representation for women in East Asian media, but the theme of competition with diabolical consequences persists. “Girl from Nowhere” on Netflix certainly steered away from the virtuous protagonist we are all too familiar with and replaced her with Nanno, a girl with superpowers who punishes wrongdoers at various high schools, mostly women. In one of the episodes, Nanno enters an all-girls high school where beauty is the only measurement for the students’ success. In fact, the girls are ranked in a system of most to least beautiful, with the 10 most beautiful girls — dubbed the princesses — being able to live in a large mansion similar to a sorority house. The rest of the cheesy episode follows different girls competing with each other for the coveted spot of the school’s most beautiful through several egregious acts of violence and assault. The main perpetrator was the episode’s titular character, Ying, who was among the most beautiful at the school. She committed various acts of sabotage toward other girls she viewed as competition, including Nanno.

Of course, Nanno, our main character whom the producer expects the viewer to project themselves upon, is ranked as prettier than Ying, which triggers her unreasonable response. Again, the episode falls into the “revenge porn” category of Asian entertainment as it provides the viewer with an experience where they reign supreme over all the other women characters, who are annoying, violent and easily manipulated. While this episode does speak to the rampant and extreme beauty culture of the 21st century, it neglects to show empathy toward the adolescent girls who lashed out over the beauty ranking — after all, they had no control over the pressure placed upon them by their school and society to be beautiful, virtuous and intelligent.

Although it is a highly entertaining piece of media, “Girl from Nowhere” still serves as the same sort of revenge porn that depicts the female protagonist taking down other women characters in violent ways as if they were merely roadblocks. These supporting female villains are not similar to women we may encounter in real life who may irritate us at work or neglect their part in a school project, falling flat on how female rivalry actually plays out in real life between two women with unique personalities but conflicting interests. The plot of a single woman outsmarting dozens of other women is just not realistic, and could propel the viewer to imagine themselves dominating the peers in their lives who have wronged them in violent delight.

In East Asian entertainment, there are rarely any depictions of female friendship through a show or movie without the pollutants of shared love interests, greed, or competition coming into play. While these soapy dramas have me and many others on the edge of our seats, eager to see where the ever-evolving plot takes us next, I am reminded that my entertainment is built upon one-dimensional depictions of women and the perpetuation of the narrative of fierce competition between women for superficial reasons. In the future, I would certainly like to see more realistic portrayals of women without the flowery, unrealistic dialogue, catfights and violence. For every Ying or concubine Gao to Nanno and Yingluo, there is a genuine, supportive friend who is rarely given the runtime their rivals shared. How did they meet the protagonist? What is her purpose? I am curious and eager for these questions to be answered on the small screen and big screen alike.

MiC Columnist Zoe Zhang can be reached at zoezhang@umich.edu.