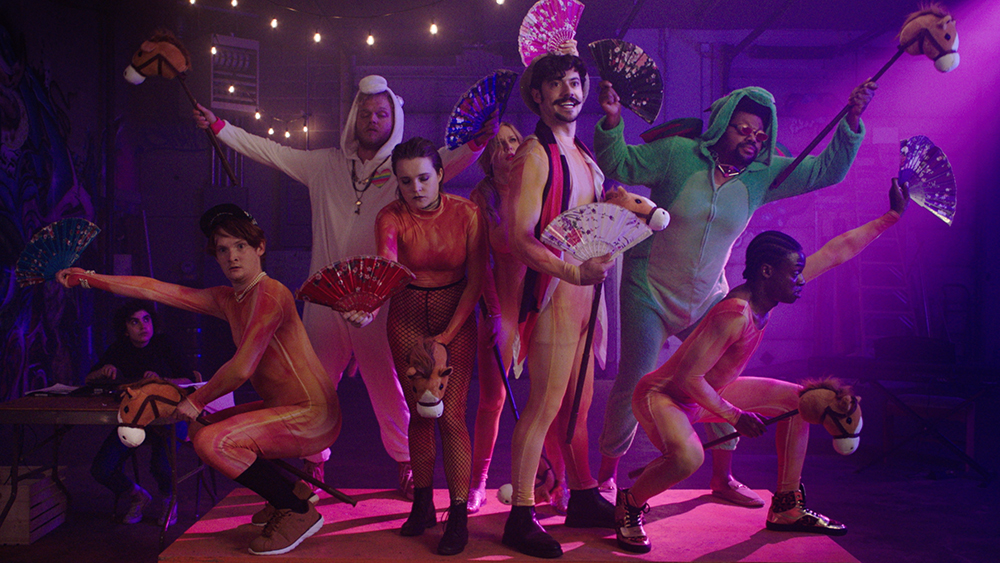 EXCLUSIVE: Vertical Entertainment has acquired the North American rights to the ensemble comedy Tankhouse, starring Christopher Lloyd (The Tender Bar, Nobody), Richard Kind (Argo, Inside Out), Tara Holt (Ballers, Californication) and Stephen Friedrich (This is Us & Nice Girl Like You), with plans to release it in theaters and on VOD on May 13th.

They’ve release a trailer for the film. Watch it below:

Tankhouse marks the directorial feature debut of Noam Tomaschoff, who co-wrote the script with Chelsea Frei (Dollface, The Moody’s). The film was shot on location in Fargo, North Dakota and Los Angeles, and represents the first collaboration between lead producer Matthew Cooper (Honk for Jesus. Save Your Soul.) and North Dakota production company Click Content Studios, headed up by Bill Marcil Jr. and Jim Manney. Tomaschoff and Frei are also credited producers on the film.

Inspired by the writers’ own experiences in the theater world, the film meets a thespian couple Tucker Charlemagne (Friedrich) and Sandrene St. Jean (Holt) as they are kicked out of the avant-garde acting scene in New York by their long-time guru, Buford Slezinger (Lloyd), forcing them to venture back to Sandrene’s hometown of Fargo, North Dakota to start a new theatre company and win a residency at the historic Fargo Theatre. Upon arrival, they discover that Fargo already has a theater company led by Sandrene’s ruthless former drama teacher Mr. Mortensen (Kind). Through a whirlwind of immersive theater attacks, alleyway sing-offs, sabotage, and TMI cast bonding, Tucker, Sandrene, and the Tankhouse will stop at nothing to win, setting up an epic showdown with Mr. Mortensen’s Red River Players.

“This film is a love letter to the years we spent trying to make it in the theater, with a lot of scenes pulled almost verbatim from our own experiences, and it was an absolute privilege to realize it with such an incredibly talented and dedicated team of artists, all of whom brought their a-game all the way to Fargo. It explores the euphoria and growth that young artists feel as they discover their voices and juxtaposes that with the deep and often intensely personal sacrifice that a life in the arts requires of anyone who seeks it. I may be biased, but I think I would have loved this movie if I had seen it back when I was a theater nerd in school, and I hope that the next generation of thespians, as well as anyone who likes a good laugh and a tug at the heartstrings, will enjoy it as much as we enjoyed making it,” says Tomaschoff.

“Noam’s experience in the theater enables him to utilize a talented comedic ensemble in his feature debut, putting icons and newcomers alike into a chaotic scenario with hilarious results. We look forward to unveiling the film to North American audiences this May,” said Tony Piantedosi, Senior Vice President of Acquisitions at Vertical Entertainment.

Watch the trailer below.